How many more times treat me the way you wanna do?

How many more times treat me the way you wanna do?

When I give you all my love

It was 1969 when Robert Plant first sang these lyrics: Europe was divided by the Iron Curtain, and so was Germany, its «problem country». Twenty years later, the Berlin Wall was torn down and Communist rulers were toppled, Hungary and Poland being the forerunners of the transition to democracy. In 2004, ten Central-Eastern European countries obtained EU membership owing to their newly acquired democratic credentials.

The rule of law squabble

Flash-forward: 2020, mid-July, European Council. Right after approving a massive recovery package for tackling the pandemic-induced crisis, the bloc’s leaders started struggling over one seemingly ancillary item. Some governments demanded to tie disbursement of EU funds to member states to respect of the rule of law amid growing concerns over democratic backsliding in Hungary and Poland. Why was that?

After being the poster boys of post-1989 democratization, both countries started sliding down the slippery slope of authoritarianism since the early 2010s, with nationalist governments progressively curtailing civil liberties, press freedom, minority rights, judiciary independence etc, while cementing their grip onto power through (mis)use of EU money. The two countries are currently under article 7 procedures, and upon both are pending judgements by the Court of Justice (CJEU) for violation of EU core values as enshrined in the Treaties. Yet, governments in Budapest and Warsaw staunchly stand their ground, claiming they are defending their sovereignty against Brussels’ interference.

As the debate over the rule of law conditionality escalated, Hungary and Poland held hostage the whole multi-annual financial framework (MFF) for weeks until a compromise deal, brokered by the German rotating presidency, allowed for the vetoes to be lifted and averted running a provisional budget. In the end, the €1.82 trillion budget-and-recovery package was approved at the price of bowing before Europe’s strongmen. Yes, the so-called rule of law regulation (adopted by the Council in mid-November) stays unaltered. Nevertheless, the German compromise – a political declaration by national leaders «interpreting» the latter – lends itself to substantial criticism at the very best. 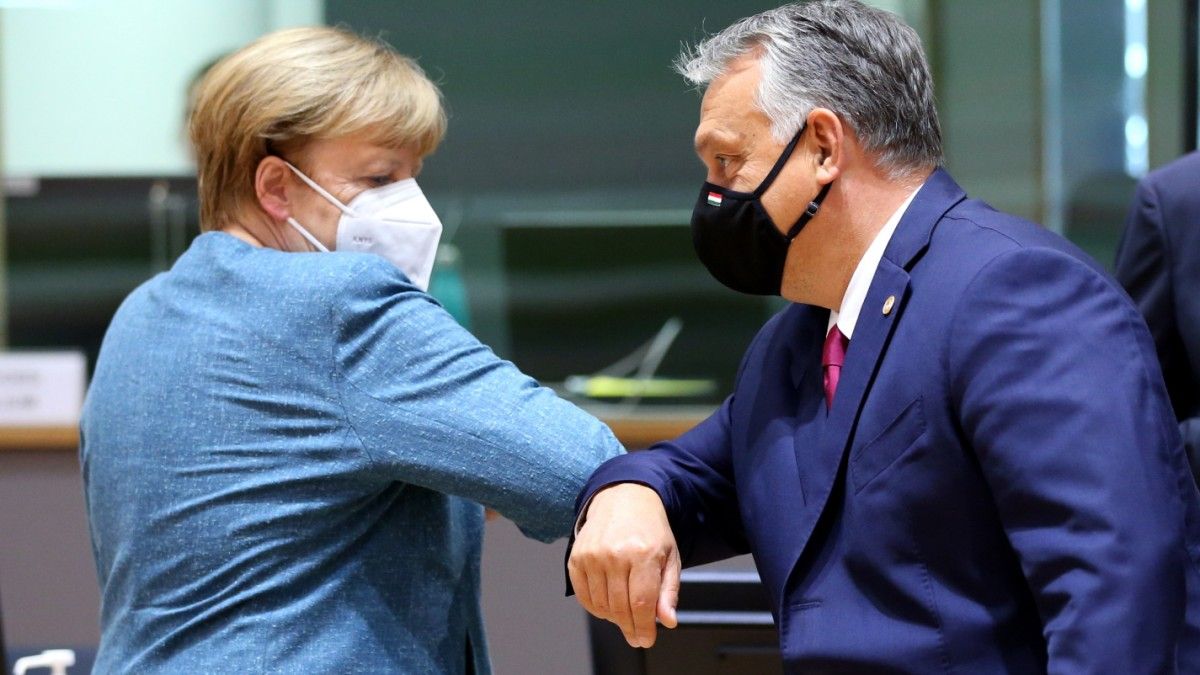 Basically, Angela Merkel’s compromise delays implementation of the regulation until Luxembourg issues a ruling upon request of the concerned member state(s), a process that could take up to two years. This sounds wrong for a number of reasons.

For one thing, a binding regulation will be left unapplied indefinitely for substantially political reasons – undermining, at least in principle, legal certainty within a Union which, ironically, considers itself as a champion of the rule of law. Most crucially, it will also buy enough time for Europe’s homegrown autocrats to further disrupt democracy and, possibly, secure re-election as EU money will continue to flow to their coffers (general elections are scheduled for 2022 in Hungary and 2023 in Poland).

Moreover, for the mechanism to be activated, a direct link must be established between purported violations and mismanagement of EU funds: this means that Fidesz and Law and Justice (the two countries’ ruling parties) could easily get away with actions that harm democracy insofar as such actions do not hinder the bloc’s financial interests. To be fair, this is not a specific problem of the contested compromise, but rather of the very regulation at issue – itself a watered-down version of an ampler, more organic 2018 Commission proposal. The current, lighter text was drafted so as to please national governments that found the original one too intrusive.

Lastly, serious doubts arise as to whether the European Council is entitled to interpret EU legislation, something only the CJEU should do. Actually, doubts are few: the Treaties explicitly state that the former institution «shall not exercise legislative functions» (art. 15(1) TEU), thereby excluding interpretative powers from those that it can legitimately wield.

However, if Merkel (allegedly) solved the problem, she is also responsible for creating it in the first place as she looked the other way while these governments encroached on the rule of law for years. The reasons are manifold. On the one hand, Germany cannot conceive of a Union without its Eastern members, and is reluctant to get tough on them due to historically motivated guilt (whereas others, such as former Dutch Prime Minister Mark Rutte, suggest the Union could function as well even without its rascals). On the other hand, German economic interests are simply too embedded in the region (which has become an integral part of Germany’s manufacturing base) for Berlin to risk alienating either country’s favors. Hence, Hungarian Prime Minister Viktor Orbán has long enjoyed political protection as a member of the German-dominated European People’s Party (EPP), which never really took tough stances on Fidesz. As a result, Hungary and Poland continued dismantling democracy in Berlin’s silent acquiescence until the issue deflagrated publicly last autumn. Now, the king is naked.

Nevertheless, inability to counter democratic backsliding is clearly not ascribable to Germany alone, but rather accounts as a collective failure of the Union and its constituent member states. In fact, the Treaties do envisage a mechanism to sanction violations of key EU values, albeit admittedly feeble: art. 7 TEU, informally dubbed as the «nuclear option». One big problem with this procedure is that it requires unanimity in the European Council to ascertain a member country has breached EU values, making it easy for two governments to shield each other. 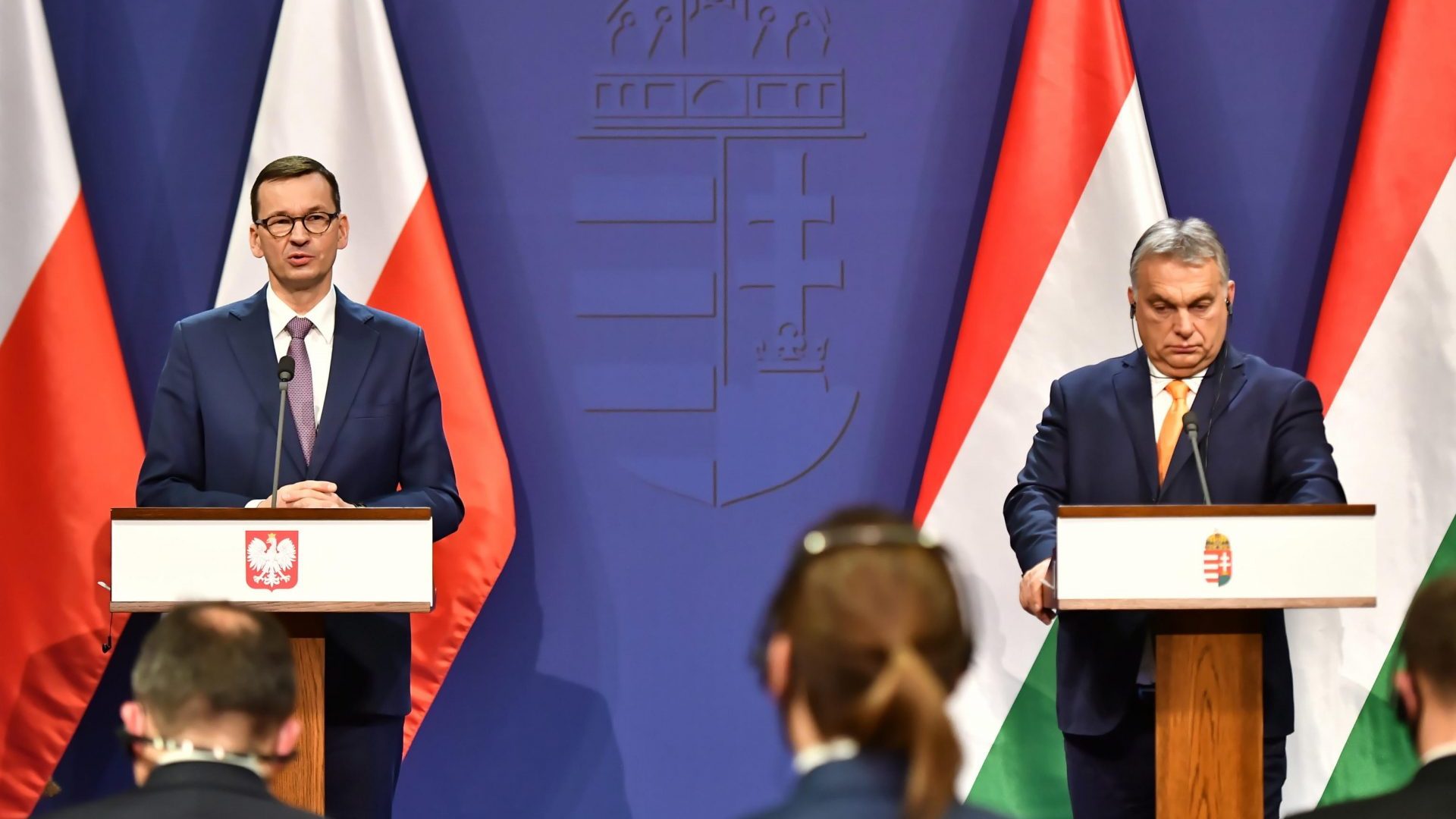 In fact, although the bloc’s supranational institutions (Commission, Parliament and Court of Justice) all exposed the bleak state of the rule of law in the region, national governments are highly reticent to straightforwardly criticize their peers for substantial political reasons. Crucially, as they seek to protect their own sovereignty from outside interference, voting against a fellow member means setting a dangerous precedent that could rebound down the road. Additionally, the EU’s decision-making’s consensual nature relies on common trust among countries and prizes cooperation while discouraging open confrontation. As a consequence, the nuclear option’s potential to backfire thus deters prospective users more than it disciplines possible targets.

Thus, a minimalist (fancy synonym for deficient) legal framework combined with member states’ inertia has let defiance of key EU principles turn into a heated political crisis that will likely provoke ever growing frictions. On its part, the CJEU is being increasingly called upon to deliver judgements on the matter: its justices have long sought to follow a de-escalating approach, but this could no longer be tenable.

The case for defending the rule of law is both normative and functional. On the normative side, if Europe is to be a community of values, then the latter should be non-negotiable. Otherwise, commitments to uphold, strengthen and defend democracy (both within and outside its borders) would amount to hypocritical lip-service. On functional grounds, a healthy rule of law is also essential for the Union’s daily work, from the Single Market to judicial cooperation, not to mention implementation of EU law. Furthermore, constructive (and mutually beneficial) cooperation among member states can only thrive when they share – and respect – the same basic values.

The EU sorely needs to strengthen its internal integration capacity without further dithering. If that means enforcing sanctions to protect not only its most fundamental principles, but also its citizens, then be it. Democratic standards cannot be the sacrificial lamb on the altar of political expediency. At the same time, member countries must live up to the obligations they committed to when joining this community, which boasts itself as a champion of the rule of law. At least, this is how it should be.

Of course, reality is much sleazier. However, if our Union wants to preserve its credibility, many questions need to be addressed. How many more times will it compromise on its defining values? How many more times will member states blackmail Brussels until they get it their way? If this is a fight for Europe’s soul, then those who cherish it would better gear up. Enough is enough.

If you followed the news lately, you might have read about government stimulus plans around the world. What’s stunning however are not the plans themselves,…