“School can do everything” used to say Samuel Paty, the 47 years old French History and Geography teacher that was beheaded at the school exit for having shown to his students the caricatures of Charlie Hebdo. The fact his own life was taken away by an 18 years old Chechen, Abdouallakh Anzorov, who had arrived in France in 2008, at the age of six, and enjoyed refugee status, seemed to disregard his belief. School could do much, but not everything. Not enough to spare his life and prevent the terrorist attacks that have been taking place in France for the past decade.

On the 5th of October of this year, the professor had decided to show the controversial caricatures that had already cost the lives of nine journalists, a maintenance worker and two police officers during the attack to the Paris office of Charlie Hebdo in 2015. Before starting his civic education class, he had respectfully warned his students that the subject was going to be freedom of speech and that he did not mean to upset or hurt anyone. He also told to those that would feel uncomfortable that they were exempted from class. His tone was a conciliatory one, not divisive. As a matter of fact, no student left the classroom. However, one of his students, Zaina, reported distortedly the episode to her father, saying that her teacher had asked to Muslim students to raise their hand and to leave the class. Her father reacted by spreading online the name of the teacher and the address of the school. He also invited the good Muslims to mobilize to “say enough”, then he showed up at the school demanding to talk to the director.

In this occasion, he was accompanied by Abdelhakim Sefrioui, member of the Council of Imams of France and known for his radical positions. The half sister of Zaina’s father had reached the Islamic state in Syria in 2014 and has been wanted ever since by prosecutors in France. These details did not prevent Ibrahim from denouncing Samuel Paty “for having shown child pornographic images”. This resulted in the professor filing in turn a complaint against the girl’s father for defamation. “. His colleagues recalled that in the last days before his death the teacher was afraid since he knew about the death threats and the accusations of him being a racist. His death has re-emerged the never really dormant debate on the coexistence of Republican and Islamic values. A colleague of Mr Paty expressed feelings of demoralization, she explained that “this absolute violence comes after thousands of cases of attacks on teachers who have not been supported and defended, creating a climate that puts them in danger. It is the culmination of a process that institutions and society have not wanted to face”[1].

While in France, the public debate was busy discussing over the legitimacy of caricatures themselves, divided between staunch defenders of the freedom of speech and people denouncing their offensive nature, another attack took place in Vienna. This time the Islamist terrorist had not been “provoked” by any blasphemous drawing and had been born in Vienna. Kujtim Fejzullai, a 20 years old of Albanian origins and both a North Macedonian and Austrian citizen, had been already jailed for 22 months in April 2019 after trying to get to war-torn Syria to join Islamic State (IS) jihadists. He had travelled to Turkey in September 2018 and was held there before being returned to Austria and arrested as a “foreign fighter” in January 2019. He was then released in December 2019 for good conduct and under more lenient terms for young adults. He is believed to have been radicalized during the time he spent as a teenager at a notorious mosque in the Ottakring area of Vienna, whose preacher is said to have led a German-speaking brigade to Syria before being killed in a drone strike. For decades, there have been discussions over the links between French colonialism and islamic radicalization, the implications of this past on present claims of islamophobia in France.

However, can these correlations hold to explain radicalization in light of what just happened in Austria? Austria, in contrast to France, has started regulating the islamic presence in its territory already at the start of the previous century. In 1912, the country implemented the Islamgesetz “Islam law” which made Islam an official religion of the Austro-Hungarian Empire as it sought to assimilate the thousands Muslims in the recently annexed territory of Bosnia and Herzegovina and to extend State protection also to Islamic institutions, doctrines, and customs. In this respect, Austria is a unique case among the Western European countries.

Additionally, in 1979 the Islamic Religious Community in Austria (Islamische Glaubensgemeinschaft in Österreich, IGGiÖ) was recognized as the official representative for all Muslims in this country, giving Muslims the same rights as other legally recognized religious communities (the main ones being the Protestant, Catholic and Jewish)[2]. Numbers show that the islamic community has been steadily growing in the country, from around 227.000 so called “guest workers” arrived from Turkey and Yugoslavia in 1973 as a result of the Austria’s post–Second World War economic boom to around 110.000 refugees coming from former Yugoslavia after the hostilities that began in the 90s, around 90.000 were Bosnian Muslims and to finally 88.340 application for asylum received in 2015, mostly coming from Muslim countries such as Syria, Afghanistan, Iraq, Chechnya and Somalia. As a result, according to the Austrian Integration Fund (ÖIF),  in 2017 there were 700,000 Muslims in the country, representing about 8% of the population.

As a result of this change in demographics and several requests from the Islamic community in Austria, the “Dialogforum Islam” was initiated  in 2012 in order to discuss the drafting of a new law on Islam, exactly 100 years after  the first law entered into force. The then Minister of Europe, Integration and Foreign Affairs (Bundesminister für Europa, Integration und Äußeres) and current Chancellor of Austria, Sebastian Kurz, declared that they wanted an Austrian form of Islam. This dialogue resulted, after a three years process, in a law that can be summarized in these points: 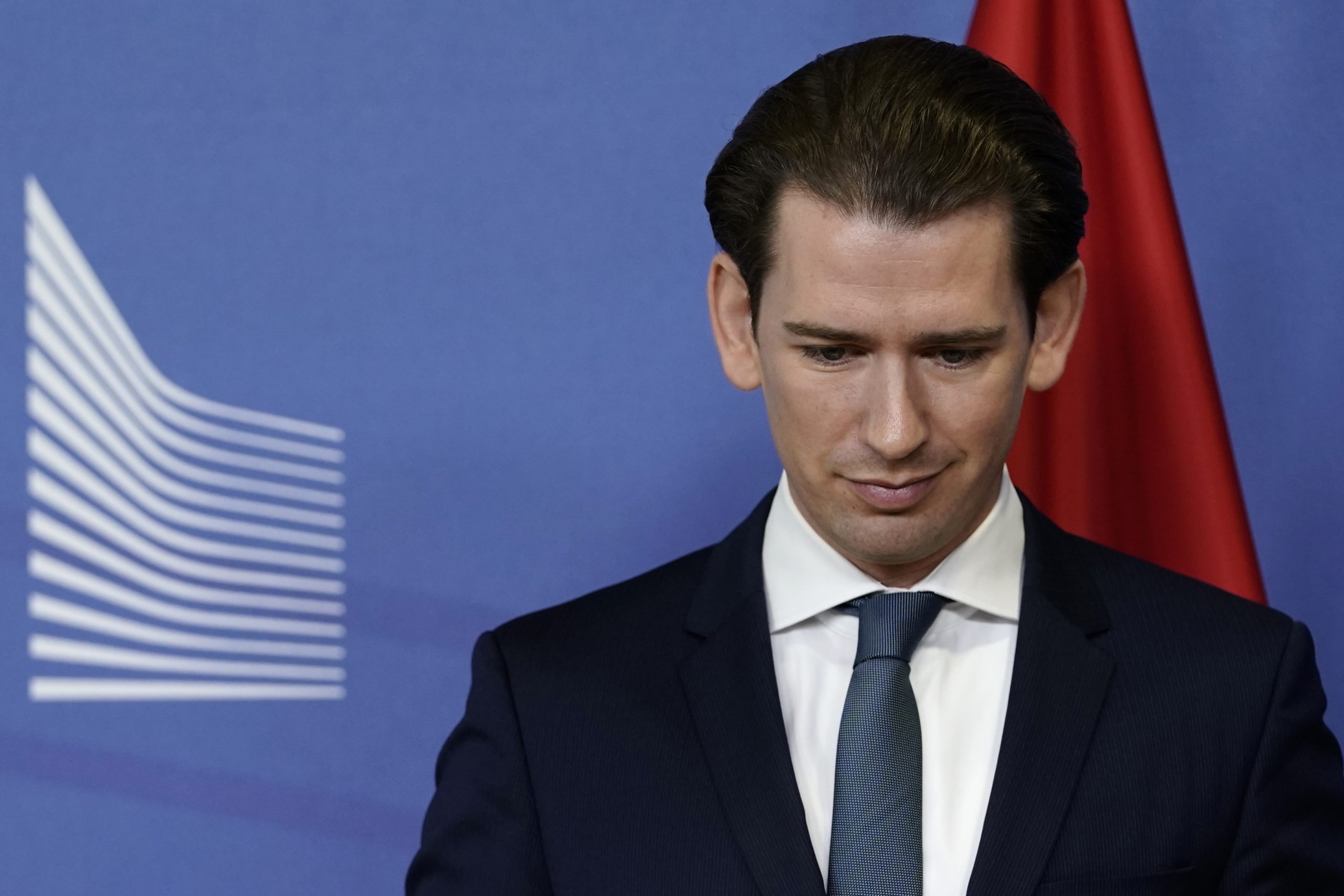 However, the law has been described as controversial, especially for some provisions: the ban on foreign funding and the German language diktat. Some claimed that the law was discriminatory since it is applied only to the Islamic institutions. However, Kurz added that the challenge of foreign nations’ influence  on other religions was not as worrying as that of Islam and for this reason they needed to be stricter.[3] In fact, Christian institutions receive funding from the Vatican and the Jewish ones from the USA and Israel but not to an extent deemed to put at risk national security. Which it is instead the case of funding arriving from Saudi Arabia and Turkey[4]. In 2018, a mosque in Vienna, influenced by the “Grey Wolves”, a Turkish nationalist youth group, was shut down for operating illegally. And, up to 60 imams belonging to the Turkish-Islamic Union for Cultural and Social Cooperation in Austria (ATIB), a Muslim group close to the Turkish government, went under scrutiny to understand if they could be expelled from the country or have visas denied on the grounds of receiving foreign funding.

Surprisingly enough, when the European commission surveyed Austrians on what were their main concerns, migration occupied the first place not terrorism. According to the European Commission’s public opinion survey, in March 2018, only 7 percent of Austrians were concerned about terrorism. By comparison, Austrians considered immigration the most important issue facing the country (29 percent), followed by health and social security (22 percent). As a matter of fact, according to a Special Eurobarometer survey from June 2017, Austrian law enforcement authorities were well perceived in their fight against specific threats. For 65% of Austrians the national law enforcement was doing enough to fight terrorism, while only 33 percent disagreed. On the contrary, on the 2017 “Integration barometer” report, published by the Austrian Integration Fund (Österreichischer Integrations Fonds or ÖIF), concluded that coexistence between native Austrians and immigrants is generally perceived critically.[5]

Therefore, the issue does not seem to be how the terrorist challenge is being handled but more on how can an effective migrants’ integration be attained. The dead gunman’s original defence lawyer, Nikolaus Rast, told Austrian media that the Kujtim Fejzullai had come from a totally normal family , that he was a young man who was searching for his place in society, who apparently went to the wrong mosque”[6]. Curiously, one of the victims was Nexhip Vrenezi, a 21-year-old Muslim Austrian man, also ethnic Albanian originally from North Macedonia. And, a Muslim Austrian lady of Kosovo Albanian origin, Doruntina Miroci, was part of the police team that went after the attacker. Finding what determined their different life choices despite their similar background and religious belief might be crucial in forging the peaceful coexistence of Islam in the Austrian Society.

Austria has been a trailblazer in Europe in recognizing to Islam the same rights as other religions present in the country, it remains to see whether other countries will take upon this model as well. What seems crucial is to offer a place in society where young Muslims can thrive to a point that they will turn a deaf ear to terrorist organizations that reach them from abroad. This law seems a good starting point to limit the recruiting outlet of such organizations. However, indisputably, much remains to be done to de-politicize Islam and to strengthen inter-religious dialogue.

Although the media outlets have been dedicating their efforts mainly to the Covid-19 crisis in the last months, climate change and the related environmental issues…