PART 1: The Witch, the Pied Piper and the Mob

“Vaccines cannot be trusted. Big-pharma earn money from your illness. They have nothing to earn from curing you.”

Anthony Fauci, who as you might already know is the US director of the National Institutes of Health Infectious Disease, recently euphemistically said that anti-science in the US is “problematic”. It is actually problematic everywhere in the world, even more when science comes up with something that is either disliked or feared by the public.

In the essence this is nothing more than the same reaction that people had few centuries ago when they burned on a spike the ones that proposed the Earth wasn’t the centre of the universe, with the sole exception that now they can respond only by words or by electing someone that is exploiting their fears and beliefs for his own ambitions.

Of course we are not saying here that science is always right and doesn’t need criticism. On the contrary this is the true spirit of scientific research and outreach and any scrupulous scientist should allow the public to be skeptical, curious and in general involved in the scientific field, while at the same time he/she should be brave enough to look at any interlocutor in the eyes and say “I don’t know” or “I’m not sure. I should check”.

Nevertheless a considerable part of the skepticism against science arises from anti-scientific positions that have nothing to do with the actual scientific research. Many look at science as evil because of a strong distrust against any kind of authority, because they have unnecessary inferiority complexes against experts and don’t want to acknowledge they know a priori less than someone else, or because they think science is in anyway challenging their beliefs.

Regardless of the reasons behind this distrust, the criticisms against science can be divided into rational criticism, where a person simply analyzes scientific research or the scientific method and brings useful questions to the table, and biased criticism, where one, out of fear or distrust, already decides science (or part of it) to be wrong and cherry picks the arguments and evidence that can justify this visceral response, exactly like a witch hunt.

The latter are the most (and only) problematic ones, because in this case your interlocutors are not looking for answers, but for a fight and/or proselytism. These critics vary widely across countries. The most conservative ones and with the most superstitious cultures have people bringing arguments that quite resemble the ideas that you would have found in the 16th century Europe. These individuals talk about a loss of humanity with scientific practices, the superior role of religion and religious texts over scientific evidence, or for instance the fact that science says that shamans, spirits, ghosts and witch-doctors don’t exist while for them “it’s obvious they do”. Antiscience protesters in more secular and educated countries try instead to be more “modern” in their criticism and talk about wide-spread corruption of the scientific community, the inefficiency of the scientific method in opposition to their yet unrevealed research techniques or appeal to some fallacious logic that would make them on par with actual scientists in their area of expertise.

All these critics will be explored and analyzed in the following articles. For now the most crucial piece of information to be mentioned here is that all these arguments are never accompanied by solid evidence or by an absence of logical fallacies.

The danger here is that if this kind of people are numerous enough you might have in your own region Covid-parties, drastic reductions of vaccinations, people that don’t wear masks, burn 5G antennae, pollute or simply jump off a bridge because science said not to.

Additionally we all saw or even experienced the disasters that people that have been elected by exploiting the gut feelings and hatred against authority are capable of. Nevertheless the solution cannot be just telling these people wrong. 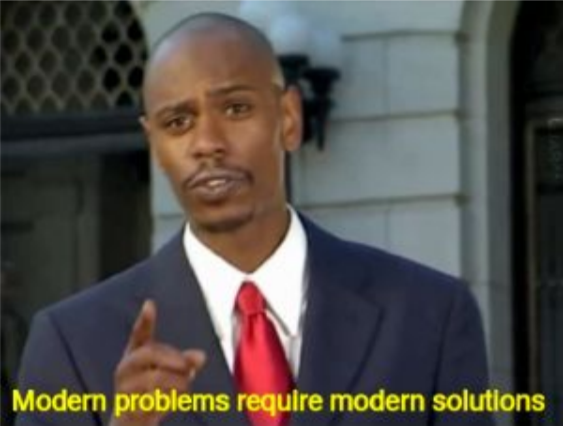 This modern problem cannot be addressed by considering this as a fight against antiscience activists. These people are not the enemy, but dangerous victims. They are the victims of superstitious cultures, inadequate education programs, fake news, propagandas and/or a society that gives them lifes so unsatisfying that they need to find a scapegoat to blame for all their unluck or to attack anything that even remotely challenges what they have defined as their own identity.

The solution for someone who’s looking for conflict is not to give him that conflict, but to empathize with this person and make said person understand our point. The discussion could even end without having settled a score. It will still be a win for everyone if the interlocutor will be satisfied with a pacific exchange of ideas.

It’s true: science is not democratic and even less for the non-experts, but its own survival for the benefit of the whole humanity depends uniquely on our efforts to convince these people, not only with facts, but with humanity and political actions aimed at improving their education and their living standards.

Because a person that only trusts his own gut is a vulnerable person, both to all the avoidable dangers that science warns us on a daily basis and to unscrupolous modern Pied Pipers that would sell their souls for an angry mob to lead for their personal ambitions, regardless of dangers they would drag us into.

Students and researchers of the Team Neos collaborate to write the book: Jobs Act. The job market two years later. The inaugural presentation of the…