Although the media outlets have been dedicating their efforts mainly to the Covid-19 crisis in the last months, climate change and the related environmental issues are still source of great concern. Apparently, the pandemic contributed to decrease the greenhouse gas emissions almost globally, as a result of the lockdown measures that occurred in many countries; nevertheless, cheering for this quarantine effect would be an irresponsible behaviour, considering the more radical efforts that we still need to do, according to the experts. In fact, already in 2018, the International Panel for Climate Change (an intergovernmental body of the United Nations working on climate change) released a report describing the necessary measures to take in order to limit the global warming rise to 1.5 °C compared to pre-industrial levels; what emerged from the paper was that global CO2 emissions must be halved by 2030 and reach a net zero in 2050 (Hickel, 2018). Unfortunately, the current environmental policies in place all over the world keep us very distant from possibly reaching this goal: some considerable efforts have been made from innovative countries, for instance to carry out an effective energy transition, but the global energy demand is way higher than the amount of megawatt per hour that renewable energy systems are currently producing. This issue is inextricably linked to the dominating logic of the GDP, which is still considered as the main indicator for the wellbeing of a population and struggles to foster the quest for an environmentally feasible economy: it is important to produce, because the more we produce, the more we make money, the more rich we are, and the more the population is happy. What it is argued in this article is that opening the discussion towards alternative tools that can challenge the GDP indicator is what should be done during these troubled times in order to rethink a society where the Paris Agreement goals (and further environmental targets) are met; in this sense, the theory of degrowth is particularly interesting. 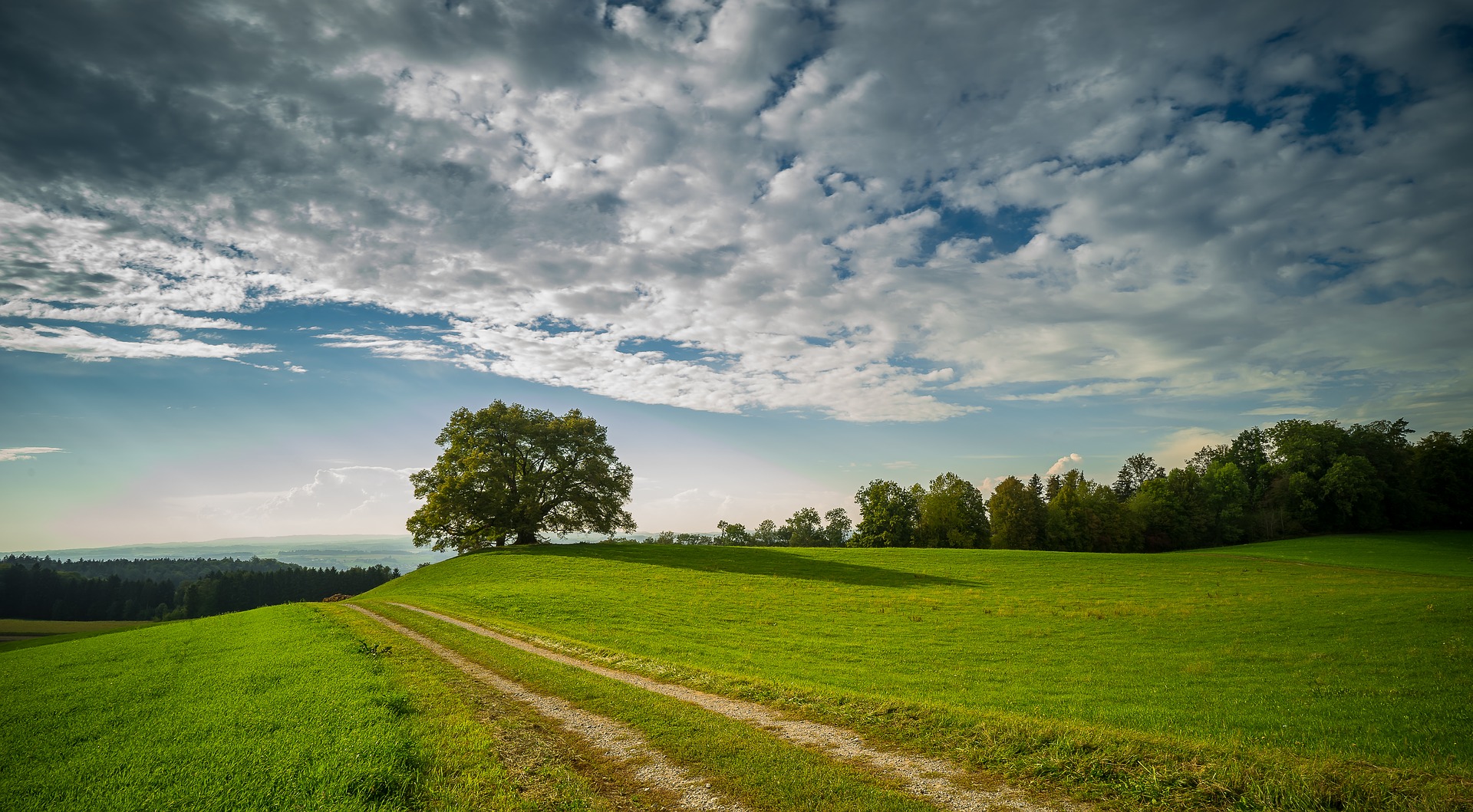 The notion of degrowth has been defined as “…an equitable downscaling of economic production and consumption to assure that society’s throughput – resource use and waste – stays within safe ecosystem boundaries” (van den Bergh, Kallis 2012), expressing the goal of scaling down “…the material and energy throughput of the global economy” (Hickel, 2018); in other words, supporters of this theory believe that intensive production and consumption do not lead to an effective improvement of people’s well-being and therefore they have to be reduced, without nevertheless advocating for measures that would lead to economic recession (as it might sound to someone who approaches these theories for the first time). With regard to environmental issues in particular, an example of degrowth scenario is the Low Energy Demand (LED), according to which the global energy demand should necessarily decrease to 40% by 2050 in order to feasibly achieve a 100% transition to renewable energies (Grubler et al 2018). A further elaboration of this concept is the a-growth theory, that completely ignores the GDP indicator in policy debate as it can not be considered reliable to effectively capture social welfare (van den Bergh, Kallis 2012). The two concepts are slightly different in terms of goals that they propose, but they both advocate for a different attitude to the GDP indicator when it comes to environmental policy planning; nevertheless, it is not my interest here to delve into this distinction but the clarification has to be made in order to justify the focus on the degrowth concept rather than on the a-growth one, as I judge the latter as too “extreme” to be accepted within the policy making discussions.

Focusing on degrowth, scholars supporting this theory argue that it is possible to reduce aggregate economic activity (for instance by getting rid of not useful industries) while at the same time maintaining indicators of human development (Hickel, 2018) through a series of accurately planned policy reforms all based on a just redistribution of labour and salaries. This theory describes a quite challenging change of perspective that might however become very timely today. In light of the current pandemic that we are living and that is yet to be solved, it is arguable that this would be the best time to implement degrowth logics and policies on an international scale, and this process has to be necessarily done now or never. It has to be highlighted that degrowth philosophy has a strong focus on population’s well-being: what the prominent theorists propose are solutions that put the improvement of education, public health and environment at the first place in the policy agenda. Thanks to (or, better, due to) the Covid-19 pandemic, we learned to appreciate the importance of some basic services and concepts that should be central in any country’s agenda: for instance, we reflected about how fundamental a full functioning public health is, and we also became more conscious about how the uncontrolled human interferences with the environment can lead to serious threats to humanity like this virus (if we do not stick to many populists’ narratives according to which the SARS-CoV-2 is a virus created in vitro by some anti democratic scientists in a secret laboratory in the Hubei region): this is why we should start to reimagine our society within the degrowth framing in this particular historic time, because we need to capture the moment in which people are still suffering, before they forget what caused the pain and stop reflecting on what could have been done better.

On the other hand, it is almost impossible to predict that this conversion will happen any time soon: it is, in fact, not easy to revert a logic that has been dominating for more than a century in a matter of months, and surely specific policy implementation is a time-consuming process that would show its effect in the long term only. Nevertheless, what has to be done in this moment is to dare to think and discuss about a new society and a way to “escape” the GDP chains that are keeping us far away from reaching the Paris Agreement goals, in order to find a solution to effectively ward off the potentially disruptive effects of our economy on the environment. The mere proposal of rethinking society in this term faces, however, two major challenges: one on a global level, and another one on a domestic level. Firstly, on a global level, unitary position and action towards climate change are still missing. While the EU is trying its best efforts to become a pioneer towards the green revolution (although the goal set are not sufficient enough, experts say), other fundamental actors such as US and China are not fully cooperating, with the former ignoring the problem and withdrawing from the most important agreements (like the Paris one) and with the latter showing a bit more flexibility but still being reluctant to accomplish to common targets in the matter of CO2 emissions (Schreurs, 2016).

Secondly, on a domestic level, many countries all over the world are haunted by an increasing and potentially quite dangerous) right-wing populist wave who certainly never put environmental issues at the center of the policy projects and does not plan to do so in the future, actually demonstrating to be blind in front of the overwhelming evidence of the worrying effects of the Anthropocene: there is a number of examples that can be done here, but thinking about Trump’s withdrawal from the Paris Agreements in 2017 or Bolsonaro’s dangerous “negationism” of Covid-19 is enough to understand how the representatives of this ideology do not rely on academics opinions when it comes to sacrifice industrial production.

The premises consisting of these two challenges do not, at the moment, allow visionary policymakers and motivated citizens to concretely imagine a new global society under the degrowth logic, and even if they managed to do so the existent governance structures, as already mentioned, are not easy to distort and their eventual change would surely need years, if not decades to adapt to a full degrowth framework, therefore their change is not even under discussion if not among specialized scholars. Nevertheless, we need to see the Covid-19 crisis as a great opportunity for improving the discussion around the degrowth theories. Lately, especially with regards to the recent Recovery Funds talks within the EU, economists and policymakers more in general have been describing this crisis as unprecedented and the measures to face it as extraordinary, implying an epochal change that will uproot our lives forever. In contrast to this, I argue that there is the concrete risk of shattering the opportunities posed by the Covid-19 crisis if this story won’t teach us to dare to (at least) rethink the society out of the only GDP logic, imagining a future with degrowth concepts for the sake of our planet and of our resilience capacities, which can be a precious tool to overcome the next global crisis.

Abstract American foreign policy, which influences can be seen in the foreign policy’s output and in the role of the political elites of the American…