Early in 2020, the Chinese government was facing a serious legitimacy crisis after the Wuhan government was found to conceal the Coronavirus outbreak. By the end of 2019, a strange new form of pneumonia had already been discovered, but Chinese officials chose to deceive the public and told them that the virus wasn’t dangerous and couldn’t spread from person to person. Until late January, most Chinese people weren’t informed of the virus’ severity. Ironically, the American government was already alerted by its Beijing counterpart on January 7, long before the information was available to its own citizens.

The public was outraged, as numerous articles were published on social media platforms, lashing out at the corruption and inefficiency of the authoritarian system. Anger peaked on February 7, when doctor Wenliang Li, one of the country’s most prominent whistleblowers, died of COVID-19. Most complaints were aimed at the restrictions placed on freedom of speech and administrative failure, especially at the local level. Long-standing problems in the system were suddenly exposed, inflicting widespread anger and doubt. Many Western media outlets predicted that the authoritarian government would suffer a severe (if not devastating) blow, as the number of infections increased.

However, the CCP’s legitimacy didn’t crumble, but instead witnessed an unprecedented popularity boost when the epidemic was effectively contained. The public began to praise the efficiency of the machinery of government, particularly the breakneck speed of ten days in which the Huoshenshan and Leishenshan makeshift hospitals in Wuhan were constructed. As the end of the epidemic drew closer, Chinese citizens began looking at the bright side again. The CCP seized this opportunity to unleash another wave of stage propaganda, causing a renewed surge of nationalism. 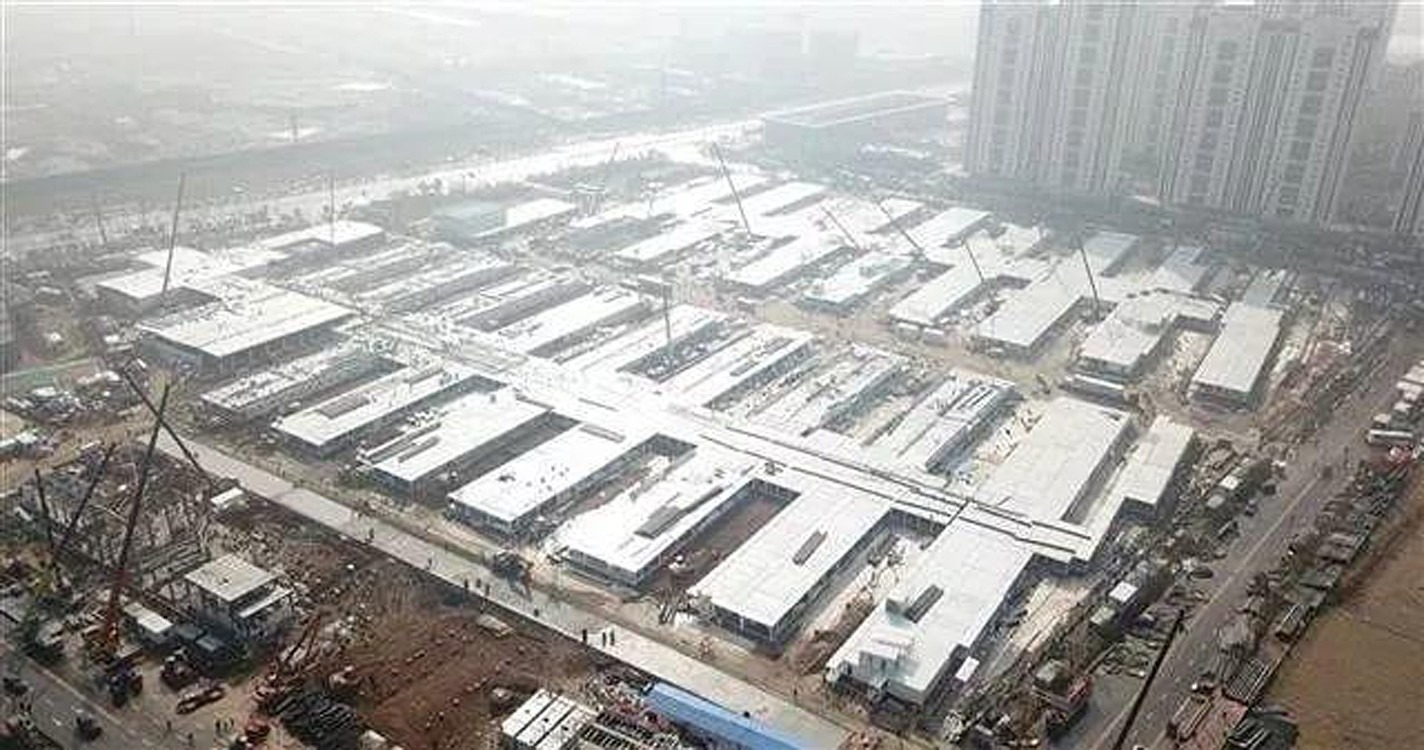 At the beginning of March, Coronavirus cases started to increase rapidly in Europe and North America, but governments failed to take effective measures quickly enough to stop the virus’  spread. As the situation was improving in China and escalating in Western countries, Chinese people’s confidence in the government gradually increased. Chinese students abroad started coming back home, fearing that they would not receive proper medical treatment if they contracted the virus abroad.

By the end of March, the number of Coronavirus cases in the U.S. was already double that of China. Europe and America were now descending into lockdown while East Asian countries imposed travel restrictions on foreigners. The situation seemed to be a complete reversal of February. Coronavirus had already become a global event. The Chinese government once again quickly seized the opportunity for propaganda and began to export masks and medical equipment abroad, sending medical teams to countries like Italy, providing support and earning an international reputation. Domestically, Chinese people celebrated their country’s success in combating Coronavirus and nationalistic sentiments continued to peak.

Despite predictions of its downfall, the CCP government enjoys newfound stability while the rest of the world is tumbling into turmoil. This comes as both an astonishing accomplishment and a confusing conclusion: does it demonstrate that authoritarian governments handle crises better? Will liberal governments face their downfall during the pandemic?

The cultural difference between the Chinese and Westerners could partially explain why the Chinese government showed such resilience in the crisis. The dualism between East and West may be arbitrary, but it could offer a unique perspective for examining the legitimacy of the CCP government.

It is well known how differently from most Westerners, Chinese people tend to attach more importance to stability and spurn disorder, even at the cost of renouncing to their freedom.

A series of interviews, conducted by journalists in Italy when the Coronavirus broke out, gives an idea of how much Westerners value freedom. “I don’t fear death, because life without freedom is meaningless,” one of them said. Many Chinese were shocked by their openly defiant attitude, as they couldn’t understand why the Italians were so irresponsible about their own lives. Responsibility is an essential part of Chinese life. A person in Chinese needs to be responsible for their parents, their spouses, and their children. Therefore, they would not readily put their lives on the line, especially not for something as abstract as freedom.

To them, freedom is but a lie when safety cannot be ensured, and economic prosperity is decisively more important than political freedom. Because many Chinese have lived through poverty, they consider that there is no dignity without prosperity; as a consequence, they are willing to accept restrictions on their freedom if the government is efficient. China’s success in fighting Coronavirus demonstrated that the government was capable of dealing with crises while protecting its citizens. Thus, once the virus was contained, the legitimacy of the CCP government almost inevitably increased.

Moreover, the U.S., China’s “frenemy”, suffered from the rapid spread of infections and failed to contain the virus, even though it boasted better healthcare and a higher GDP per capita. Admittedly, the Chinese authoritarian government is more effective in dealing with the virus, partly because it doesn’t need to consider the legality of its confinement policy and because it has a greater ability to confine people’s movement—crucial in containing the virus. The comparison between China and “foreign” countries, which mainly refers to the U.S. and Western Europe, satisfied the people and further boosted nationalism. 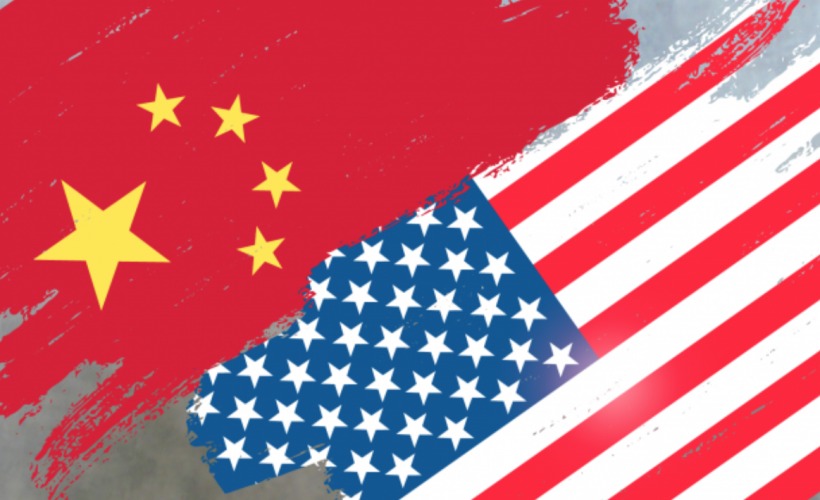 The COVID-19 pandemic is becoming yet another arena for the looming confrontation of the U.S. and China

Although the Coronavirus outbreak revealed many problems within the Chinese government and its decision making process which ultimately risked to compromise its legitimacy, the overall reaction proved quick and efficient. They punished local officials and enacted new policies to cope with the virus. The Chinese people attributed the initial failures to the inefficiency and corruption of the local government, yet they didn’t blame them on the central government.

To some extent, China’s political system is similar to federalism. Local governments in China are responsible for their own economy and have a high level of autonomy. The dualism of central and local government in China created the bizarre distinction of the “corrupted” local and the “clean” central.

When corrupted officials in local governments are punished, the public is appeased and we usually begin praising the wisdom of high party officials. Although the source of corruption and inefficiency, namely the lack of accountability to the people, remains unresolved, the situation temporarily improves, as the central government enjoys an increase in legitimacy.

While the political system in China still faces many challenges, the CCP government reconsolidated itself in face of the threats that Coronavirus poses. In the future, it will continue to exploit this opportunity, improving its international reputation by helping other countries in fighting against the virus. The virus is not the beginning of China’s course to gain dominance in the international arena, but it could very well help it to reach for the top—eventually replacing the U.S. as the world’s superpower.

The Affordable Care Act, commonly called Obamacare, increased the number of Americans with an insurance coverage. However, there is a perceived growing disillusionment with this policy, which…