‘To go wrong in one’s own way is better than to go right in someone else’s’. In this line from Crime and Punishment, Dostoyevsky evokes a quintessential human worry: that we may find our lives determined for us by others. Enlarged to the global scale, this desire for self-determination encapsulates the push behind decolonisation. What unites the Sudanese civil war, the 2014 Scottish referendum, and the 2019 mass protests in Hong Kong is a steadfast belief in our ability to choose our political system and, ultimately, our nation. This was precisely the choice that the British government took out of a colony’s hands when it separated the Chagos Archipelago from what would become the Republic of Mauritius.

Most people have never heard of the Archipelago or its natives, the Chagossians. A smattering of sixty small islands in the Indian Ocean, it’s independence struggle provides little room for epic artistic depictions. Let’s start at the beginning.

Historically always associated with the island of Mauritius by their colonial powers (first the Dutch, then the French, and finally the British), the Chagossians and their Archipelago were handed over to the UK three years before Mauritius’ independence in 1968. The reason: to establish a joint military base with the U.S., strategically equidistant from the worryingly communist Southeast Asia, and the increasingly independent Africa. After forcefully deporting all native inhabitants, the two powers established the military base, and the Archipelago was re-named as a ‘British Indian Ocean Territory’ (BIOT). Although the UK’s presence is technically limited to however long it needs the Archipelago for defence purposes, the fact that the original 50-year lease was conveniently renewed (without consulting Mauritius) for another 20 in 2015 tells us that the UK is not yet willing to leave. 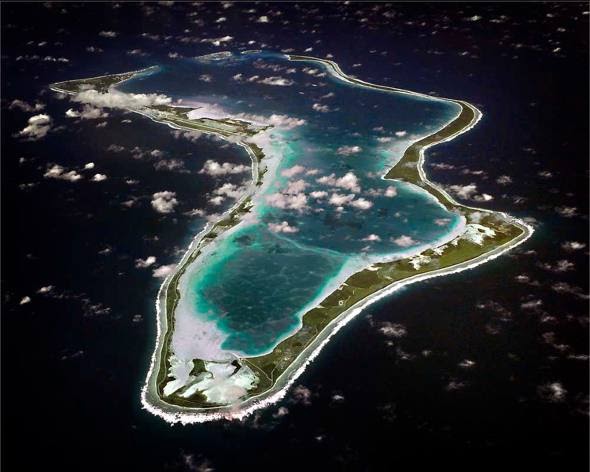 An aerial view of Diego Garcia, the Archipelago’s largest island, home to a joint UK-U.S. military base. Image capture by U.S. Navy, obtained by New Internationalist.

After years of political disputes, Mauritius finally rallied up enough support to get a resolution passed in the United Nations General Assembly, requesting an advisory judgement from the world’s highest court, the International Court of Justice. Although non-binding, it hoped that the Court’s prestige would sway the British government into handing the Archipelago back to its rightful owner.

The Court was faced with two questions: firstly, whether the UK’s continued presence on the Archipelago meant that Mauritius had been successfully decolonised by 1968, and, secondly, whether there were legal consequences of the UK’s ‘continued administration’ of the islands. By ‘successfully decolonised’, the General Assembly was referring to the fact that, prior to 1968, the UK had been in the process of decolonising Mauritius in accordance with various General Assembly resolutions—all of which expressly forbade the separation of the colony’s territory prior to its independence.

The Court overwhelming ruled that the UK’s continued presence on the islands was illegal under international law, and that the very detachment of the Archipelago for the purpose of establishing a military base did not only go against the UN’s principles on decolonisation (i.e. no territorial separation), but against the right to self-determination. 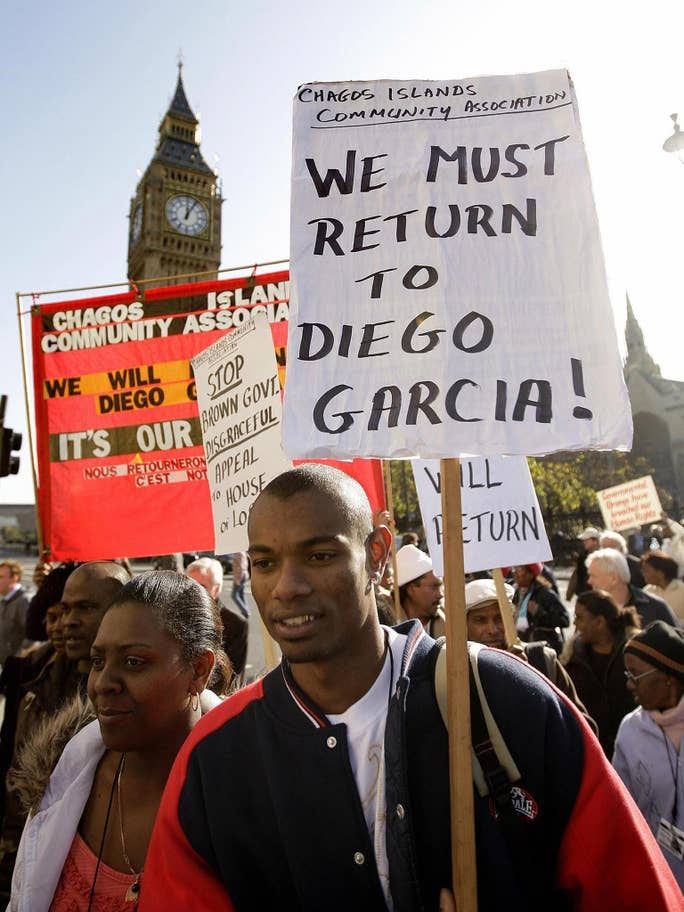 Chagossians march by Parliament on October 22, 2008. Photograph by AFP/Getty, obtained from The Independent.

In delivering its judgement, the Court endeavoured to actually delve into the complicated and murky history of the right in an effort to untangle it. Although the international system has for centuries recognised the right to self-determination—the power to choose your political system is what led to most modern revolutions—there is much confusion about how strong it really is. How can we tell if a people’s claim to self-determination is ‘legitimate’? The controversy surrounding Catalonia’s 2014 independence referendum shows how polarising this question can be.

The Court took steps to clarify that the right to self-determination is a fundamental part of international law—and that any legitimate claim would be binding for all Member States of the UN. This would mean that not only is the UK bound to respect the will of the Mauritian and Chagossian people, but that the U.S. is as well. Both have violated international law by detaching the Archipelago and establishing the base.

What, then, does an expression of the right to self-determination look like? There have been no mass protests on the island of Mauritius, and they did sign an agreement handing over the islands for the purposes of the military base. Is this not consent?

Apparently not, as the Court rejected the UK’s argument that it was a wilful cession on Mauritius’ part. Although it did not go into detail, the Court implicitly set a very high standard for what would have constituted consent. Nothing short of an election or referendum would have sufficed as an expression of Mauritius’ will to hand over the islands. The UK’s backdoor political manoeuvring fell woefully short of this, further reinforcing the occupation’s illegality. The Court put particular emphasis on the fact that Mauritius was still under British rule when it ‘ceded’ the Archipelago.

Through this judgement, the Court has provided clarity to the international community, even on an issue as sensitive as decolonisation, and how occupying territories ought to respect the colony’s will. The fallout, however, has not been as promising.

After swiftly accepting the Opinion with an overwhelming majority, the General Assembly set a deadline for the UK, demanding the Archipelago’s return by the 22nd of November 2019. The UK brazenly ignored the date, further cementing its geopolitical isolation on the matter. Most surprisingly, in December Mauritian Prime Minister Pravind Jugnauth told the BBC that he was considering bringing charges against top-level British officials in the International Criminal Court for crimes against humanity. Under Article 7 of the Rome Statute, forcible deportation falls under this category. Even more ground-breaking is the implication that this might have for the UK’s position in the UN Security Council (UNSC)—with the UK having lost the EU as its supporting bloc in the General Assembly, David Snoxell, former High Commissioner for Mauritius, warns that the UK’s permanent seat on the Council might be on the line.

These attempts to scavenge upon the ruins of British diplomatic prowess convey a clear message: decolonisation is still a twenty-first century issue, and it still holds sway in terms of rearranging power in the international arena. Although India might care very little for the Archipelago’s fate, taking a stance in favour of the right to self-determination might have brought it just that much closer to the coveted permanent seat. Does this herald a light at the end of the tunnel for Mauritius and the Archipelago?

Looking ahead, a British retreat seems unlikely. If anything, the UK has doubled down on its stance: its permanent representative to the UN, Ambassador Karen Pierce, recently commented that ‘the United Kingdom has no doubt about [its] sovereignty’ over the Archipelago. The UK has so far relied on the fact that the Advisory Opinion is not legally binding to justify its continued occupation, despite conveniently ignoring the fact that these opinions ‘may indeed, from time to time, carry weight in international law’. The UK must come to terms with the fact that it cannot handpick its international obligations, evidenced by the fact that, in her speech, Ambassador Pierce both reaffirmed the UK’s claim to sovereignty over the Archipelago and defended the Falkland Islands’ claim to self-determination.

This cognitive dissonance cements the vestiges of twenty-first century colonialism, whilst at the same time setting a dubious example for emerging powers. This was not lost on Philippe Sands, the professor and barrister who represented Mauritius before the Court, who in his closing remarks contrasted this issue with the government’s stance on Brexit. ‘The UK does not wish to be a [European] colony, yet it stands before this court to defend a status as coloniser of others’.The UK continues to profit from its continued presence in lucrative territories such as the Cayman and British Virgin Islands, yet conveniently supports claims to independence and decries unlawful occupations by foreign powers when they do not endanger its GDP. If we are truly to accept the UK’s justification for its presence in the Chagos Archipelago—national security—then it would be in the government’s interest to return the Archipelago to Mauritius immediately, lest it run the risk of setting an example for other powers unhappy with their international obligations.

“What is the difference between the American health care system and the Swedish one?” In two words: Welfare State. The notion of a Welfare State…