Would it be possible to have a fully digital art gallery? Back in 2006, Germano Celant, the father of the Italian art movement Arte Povera (“poor art”) and one of the most prominent art critics of our time, wasn’t convinced by the idea. During a discussion forum with Greek-Italian artist Jannis Kounnelis, Celant pointed out how the digital experience of art is very subjective: some people appreciate it, while others simply do not. As for him, the critic declared his love for the “sensual physical experience” of art rather than the “mediated” and “unreal” digital one.

Following Germano Celant‘s passing on April 29 amidst global crisis, it seems that the question has gained new meaning and relevance. The unprecedented situation brought about by the pandemic is forcing galleries and museums to rethink their approach to the digital world in order to remain functional under the new constraints. 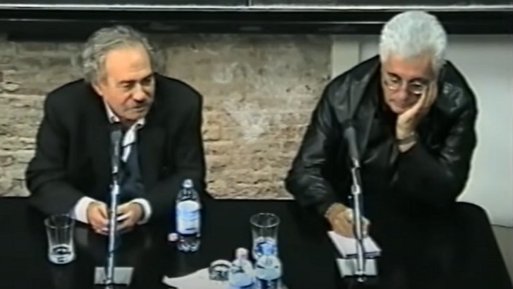 Great uncertainty still surrounds the future of contemporary art galleries all across Europe and North America, although some countries  have started to  move forward with reopenings. Two of the head-starters in resuming business have been Germany and France, now allowing for scheduled visits for a limited number of masked guests since May 11. Similarly, Italian art dealers have been able to recommence their physical business on May 18, requiring them to adopt to the same preventive measures. Overall, art galleries are one of the most severely impacted industries during the crisis, particularly due to the importance of the social dimension in the business and the necessity of human interaction to conclude art sales.

The French trade organisation Comité Professionnel des Galeries d’Art has estimated that one-third of all French galleries might have to close down before the end of the year. Another forecast by The Art Newspaper, produced in collaboration with professor Rachel Pownall, is equally pessimistic. Art galleries are predicted to face an average revenue drop of 72%, with one third of them not expected to survive the shock. The main reason for such a collapse seems to lie in the cancellation of art fairs, where 46% of all sales usually take place, as highlighted in the 2019 Art Basel Report. To aggravate the situation, the global lockdown seems to have reduced collectors’ willingness to buy new art pieces, as Exibart’s interviews with several gallerists showcase.

In this kind of apocalyptic scenario, the digital realm represents a unique possibility for survival. Websites and social media, especially Instagram, have now become the most important instruments for art gallerists. Many galleries have rushed to create “viewing rooms”—digital platforms allowing for virtual exhibitions—while social media is compulsively flooded with appealing content for online audiences, ranging from Instagram Direct to artist interviews and more. But is this digital strategy working?

Huge disparities in results can be observed in this regard. As reported by  Il Sole 24 Ore, big players such as David Zwirner, Gagosian, Pace Gallery, and Hauser & Wirth are recording strong performances, both in terms of sales and share of the online audience. On the other hand, small and medium-sized actors are facing huge difficulties. However, this comes as no real surprise. Major brands benefit from their reputation and the fame of their featured artists, enabling them to secure six-figure sales without clients even needing to see the artworks in person. As explained by Dan Thompson in The $12 Million Stuffed Shark, if you are Larry Gagosian, “clients say ‘I’ll take it’ without ever asking ‘What does it look like?’ or ‘How much?’”.

On top of that, the giants of the art industry have long invested in their digital strategy. Some examples include David Zwirner’s first online viewing room, launched in 2017, his successful “Basel Online”—a virtual section launched in conjunction with last year’s Art Basel—or his most recent online sales initiatives “Studio” and “Exceptional Works”. Also worth mentioning are Gagosian’s Art Basel 2018 Online Viewing Room, and Hauser & Wirth’s impressive ArtLab—the gallery’s technology and research division which inaugurated its first VR exhibition on April 30, providing spectators with a virtual preview of their new Menorca venue which will open in 2021.

On the Italian side, on April 14 Massimo de Carlo inaugurated the world’s first fully virtual gallery space called “VSpace”. Having previously made considerable investments in digital technologies, these top industry players now enjoy a considerable advantage in terms of expertise and resources, better equipping them to deal with the fallout from social distancing. Catching up is hard for smaller actors, who are facing greater financial constraints and need to differentiate their online offering from their huge and powerful competitors.

On the other hand, the crisis provided key actors with the right stimulus to support smaller and harder-hit ones. Positive examples are represented by Zwirner’s Platform initiatives, aimed at offering its online viewing room to a selected pool of up-and-coming galleries. There’s also the Perrotin Gallery’s solidarity group show “Restons Unis”, giving the chance to 26 Paris-based galleries to present their works in the Perrotin’s Saint-Claude space. Similarly, de Carlo recently announced its “Risorgimento Milan Virtual Art Summer”, an initiative aimed at putting alternately its VSpace at the disposal of five Milanese spaces for the summer period.

However, even though the crisis has forced the art world to strongly rethink its digital presence, there’s more to the story than just that. Inevitably, this digital headlong rush contributed to creating an oversupply of online offering, making it almost impossible to keep up and identify the most valuable contents. As reported by Nate Freeman, it seems that this new digital wave has already reached its peak, and despite the overwhelming amount of viewing rooms, Instagram Directs, artist interviews etc., “at the end of the day, it’s just a website.” 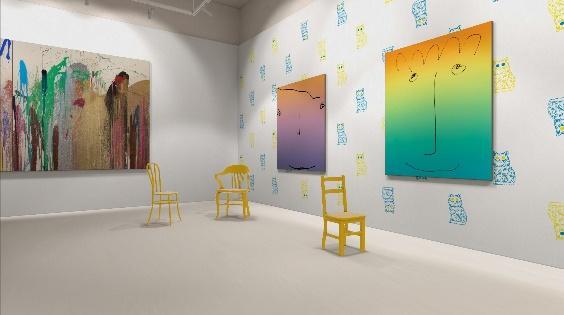 While galleries are dwindling, museums do not seem to do much better. Even the biggest cultural institutions were forced to enact heavy layoffs, furloughs, and salary cuts. Just to name a few, as reported by Hyperallergic, the MoMA in New York terminated the contracts of all its education staff, the Whitney Museum laid off 76 employees, while the  MOCA (Museum of Contemporary Art) of Los Angeles laid off 97 part-time staff, with plans to furlough the majority of its full-time employees. Similarly,  the Solomon R. Guggenheim Museum had to furlough 92 employees, while envisioning pay cuts for all salaries in excess of $80,000 annually, as reported by Artnet.

The Network of European Museum Organisations (NEMO) has provided a clear picture of the situation faced by museums through a survey including 650 entities worldwide. Firstly, almost all museums (92%) have been forced to close with great uncertainty regarding their future operations. Yet, some are already organizing themselves for a swift reopening.  Berlin museums have started the process on May 4, adopting measures such as “plexiglass dividers at ticket booths, self-scanning tickets, reduced visitor capacity, and more frequent cleanings.” Similarly, Italian museums have started reopening on May 18, having to follow essential guidelines including social distancing, temperature testing, and mandatory face masks.

But there are also more local experiments. For example, the city of Milan has created an experimental plan that mandates a “chequered reopening” of museums so as to evenly cover all the different urban districts. Furthermore, the Opera di Santa Maria del Fiore in Florence announced that it will be the first museum worldwide to experiment with EGOpro Social Distancing—a small gadget that will be provided to visitors, signalling them when they fail to keep a safe distance. 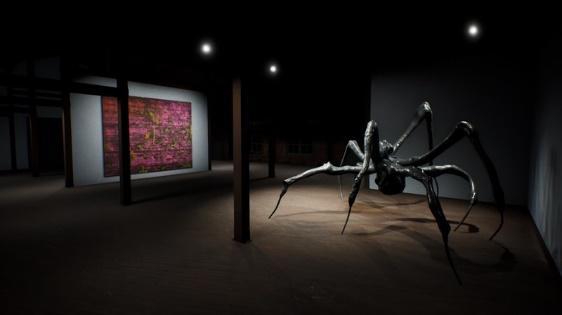 Going back to the NEMO’s survey, it highlighted an average income loss between 75 and 80%, mainly resulting from “lost revenue for ticket sales, shops, cafés and other services,” with larger actors such as the Rijksmuseum losing “between 100.000€ and 600.000€ per week.” The strategy’s counteroffensive has been to massively ramp up the art world’s online presence. Looking at the NEMO’s findings, “4 out of 5 museums have increased their digital services to reach their audiences, often by having staff take over new tasks to cope with the circumstances. Almost half of the respondents stated that their museum is now providing one or more new online services.” In terms of digital initiatives, they focused on a wide range of activities including “digital exhibitions, online tours, blogs, stories posted on Instagram and Facebook.”

Generally speaking, public museums mainly rely on government funding, while private actors count on ticket revenues, rental space, and other services for income, and are generally not yet able to exploit digital possibilities as a core source of income with which to compensate lost revenues.  Carlo Cottarelli, an Italian economist and former director of the IMF, even went so far as to say that the only way to save (Italian) museums will be through non-repayable subsidies. Nevertheless, museums will have to deal with this new type of uncertainty when and how their audiences will return. As reported by Il Sole 24 Ore, the results of their study “La cultura dove ci porterà” conducted among 2000 regular museum visitors highlights how only 52% intend to immediately resume their visits once possible. The rest will wait an average of almost two months, with 10% even stating that they would hold out for at least six months.

So, what will happen next? Even though it’s only possible to make assumptions at this point, an overall market resizing will be quite likely in the short term. Prompting the return to a more “local” dimension, this will come at the expense of those outside the art world’s buzzing metropoles. We can expect a heavier focus on online business, and an increasing market polarization due to the disappearance of actors unable to adapt to the new circumstances.

As explained by Andras Szanto, museums will face three major shifts. Firstly, a radical change in their business model, moving away from “temporary blockbuster exhibitions” which require artworks to be loaned and displaced, instead focusing more on their permanent collections. Secondly, a general reduction of full-time staff, intensifying the exploitation of “part-time and outsourced work”. Finally, the development of a “new museology,” putting digital innovation and audience engagement front and centre.

While all of these transformations occur, it’s more than likely that these new online instruments will, at best, represent a means to an end, rather than substituting the magical beauty of the “physical and sensual” experience of reality.

In Hansel and Gretel, two children are lured into the candy-coated home of a deceitful witch. In exchange for doing household chores, the witch fattens…