As in many other EU countries fighting against the Coronavirus, Hungary has declared a state of emergency in mid-March, granting the government additional powers in fighting more efficiently against the global pandemic. European leaders generally agree that these exceptional measures are both necessary and proportionate given the unprecedented situation. Angela Merkel stated that “such restrictions can only be justified when they are absolutely necessary, and in a democracy they should not be carelessly, but temporarily adopted.” However, on Monday the Hungarian Parliament passed the so-called “Bill on Protection Against Coronavirus”. The bill effectively allows the government to rule by decree, which will remain in force for the rest of the emergency.

Some representatives of the European institutions, the international media, and the Hungarian opposition were terrified and outraged by the measures laid out in the proposition. “I am following the developments concerning the state of emergency in Hungary with great attention”, wrote the Council of Europe Secretary General Marija Pejčinović Burić in her open letter. “An indefinite and uncontrolled state of emergency cannot guarantee that the basic principles of democracy will be observed and that the emergency measures restricting fundamental human rights are strictly proportionate to the threat which they are supposed to counter.” Dávid Vig, Amnesty International’s Hungary Director, also spoke out against the bill: “During his years as Prime Minister, Viktor Orbán has overseen a rollback of human rights in Hungary, stoking up hostility towards marginalised groups and attempting to muzzle Hungary’s critical voices. Allowing his government to rule by decree would likely speed this rollback.”

But is this really the moment when Hungary sheds the official cloak of a democratic state? In fact, Hungary has been well on its way to gradually suspend democracy over the last decade. During Fidesz’s governance and Viktor Orbán’ rule as Prime Minister, the country has already managed to eliminate most of the once-intact separation of times.

In 2010, Fidesz won a constitutional majority (⅔ of all parliament seats), and immediately used it to rewrite Hungary’s constitution. In order to maintain their majority during the following elections, they gerrymandered electoral districts, encouraged fake party candidacies to scatter the votes for the opposition, and granted ethnic Hungarians in neighboring countries (coincidentally mainly Fidesz supporters)voting rights.

The authority and independence of the judiciary has also been compromised. The new constitution increased the number of seats on the Constitutional Court and Fidesz readily filled these extra seats with party-loyal judges. They also gained influence in the lower-level courts, as judges over the age of 62 were forced to retire. In addition, key allies of Orbán were installed as Prosecutor General and President of Hungary, giving Fidesz free reins in using and abusing the law for their purposes. 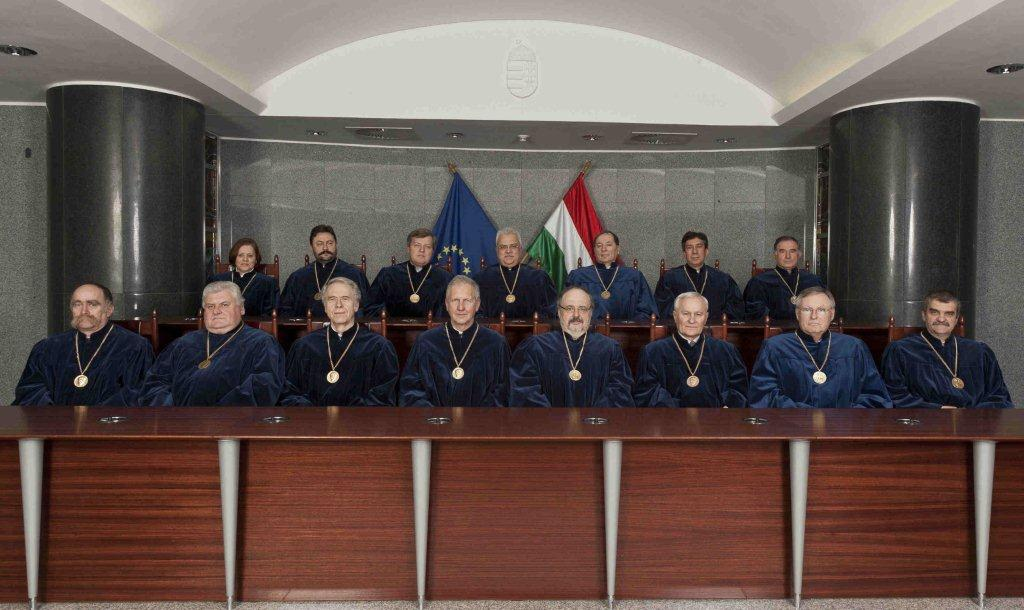 After already controlling the executive, legislative, and judiciary, the regime seized control of the fourth power: the media. It turned Hungary’s state-broadcaster Magyar Televízió into a government propaganda channel, reaching every corner of the country as the Fidesz media empire acquired every single regional newspaper in Hungary. The regime also pressured private media corporations to sell their subsidiaries to the state or Fidesz-allied businessmen.

The regime generally consolidated its power via patron-client relations with business oligarchs. It attacked NGOs and strangled research and educational institutions such as the Central European University or the Hungarian Academy of Sciences. There’s also been a subtle militarisation of the Hungarian youth, while the government wields a powerful domestic security force, the Counter Terrorism Center, for its own political purposes.

So after all, was Viktor Orbán’s regime really in the need of such a blatantly obvious step towards authoritarianism?  What difference will it really make? So far, dismantling democracy has been an incremental game based on slowly raising the stakes, with Fidesz holding all the cards in their hands. It has already acquired virtually unlimited power, reducing the country to the mere skeleton of a democracy by the time of the Coronavirus outbreak. The system works because it fulfils the vision of a free country in the eyes of a people that has never really experienced  full-fledged democracy. Manoeuvring within legal limits while deceiving its citizens is the real essence of this regime.

If anything, COVID-19 helped and not hindered the disintegration of the Fidesz front: the party got divided over the question of closing schools and ordering a lockdown. This is the time when  the regime shows its true colours, as the nation must now face the consequences of investing into new sports stadiums as opposed to hospitals and healthcare. Quite frankly,  the passing of the new bill does not seem like a grandiose master plan. At first, Fidesz tried to fit the pandemic into its anti-migrant narrative, but when the infection curve in Hungary started to grow exponentially, the government suddenly rushed in to salvage the situation. 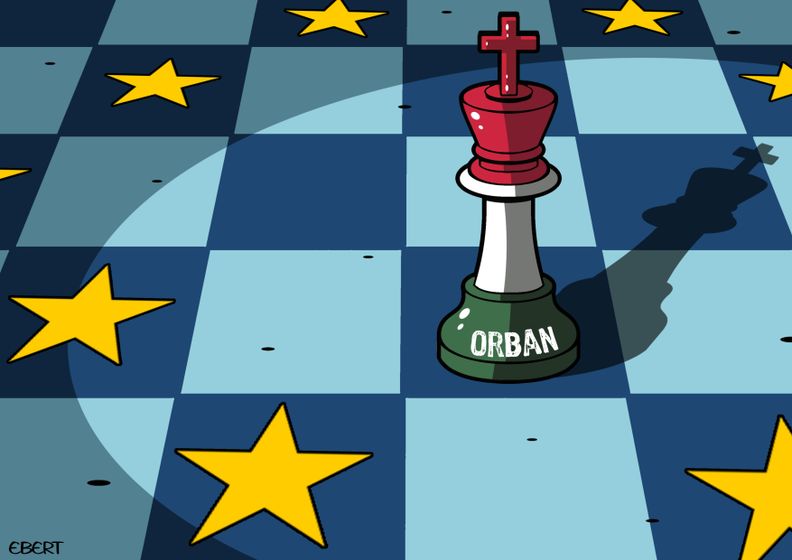 Orbán’s latest move is only really a checkmate if the game wasn’t already over five turns ago.
(https://www.cartoonmovement.com/cartoon/65593)

What does this Bill really do? According to the Constitution of Hungary, in a state of emergency decrees lose effect after 15 days, and have to be renewed individually. The new bill prolongs their duration until the end of the emergency state — which is open-ended.

The bill seems to exist to save the day in the wake of chaotic government communication. Hungarian political scientist Gábor Török considers it to be a way for Fidesz to prepare for the next elections. When the opposition cries wolf by being vocal against the bill, they can be accused of being selfish in the midst of national emergency. Even if the bill is not about handing unlimited state-control to Viktor Orbán for eternity, it is a dead-end: if the opposition voted for the bill, Fidesz would win, and if they voted against it, then Fidesz would win as well. It is a check either way but it’s only really a checkmate if the game wasn’t already over five turns ago.

Wanderer. Journalist and historian in Cambridge, Paris, Budapest and Prague.

A spectre is haunting Europe: it is the youth unemployment, which has continued to worsen, particularly in the advanced economies where young people paid the…