Have you ever dreamt of world peace ? In the likely event that you did, you surely pictured a world not only rid of wars, but also one where human rights are respected and defended. But which ones did you pick ? Tread carefully, because a substantial part of the world is always likely to be suspicious. The reality is that people disagree; a lot; about everything; all the time. The classic consensual “topos” that went unchallenged for decades are under heavy fire. Democracy is in decline worldwide, the key reason being that a high number of citizens claim to be “dissatisfied” with the way democracy works in their country. Putin thinks “liberalism is obsolete” and most populist parties in Europe agree, as does Pope Francis. Human rights are “a fraud” according to the CCP, an old motto gaining weight as China does. Truly, time and again, Western liberals woke up to a world where, astonishingly, other people did not believe in the same values as they did. How come ? Where have all the good times of the Washington consensus gone? I’d argue that a key answer lies in the profound rejection of universalist discourses, a critique rooted deeply in the XXth century, but whose political and philosophical fruits are ripening only now.

A key and often underestimated pillar of empires has always been the belief in some kind of providence to rule the Earth. This belief can only stem from the self-assurance that its values are the best for mankind – that they are “universal”.

The Chinese Empire, for example, followed the Confucian ideal of cultural universalism. Those who followed ancestral rites were considered civilised, or equals of the Han community, while others were barbarians, to which the rites had to be taught. Even when those same barbarians, Mongols or Manchus, invaded the Empire, as long as they accepted the rites for themselves they would be considered “Sinicised”, and the Empire would remain Chinese. Schematically, a corpus of universalist values and the social interactions manifesting them were the basis of Chinese identity; up to you to pick it up or not, and enjoy the blessings of the harmonious reign of the Son of Heaven. 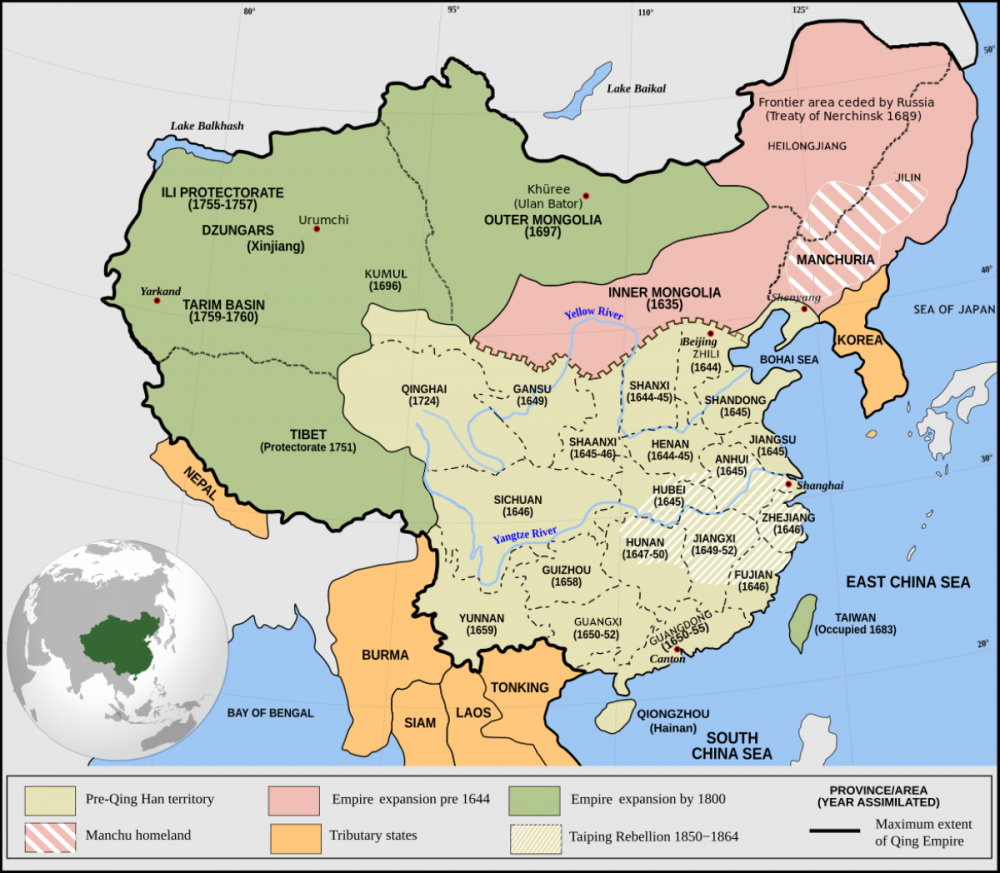 The Chinese Empire (Qing Dynasty, 1644-1911), absorbed neighbours or made them “tributary states”

In the West, the model was Christian evangelism ; it was “the white man’s burden” to educate the uncivilised “heathens”. The most definite illustration of this mentality is embodied by the Victorian-era Scottish missionary and explorer David Livingstone, who discovered the Victoria Falls when trying to find a path into central Africa to spread the gospel and the tenants of economic and political liberalism. Contrary to popular belief, he was quite open-minded; Africans were often “wiser than their white neighbours” as he put it in his diary, and he refused the claim that the Africans had “any incapacity in [their] hearts and minds . Still, it is precisely this trust in their capacities, coupled with the absolute self assurance of the superiority of his beliefs, which made him preach endlessly until his death and made him a model for all British missionaries that succeeded him. 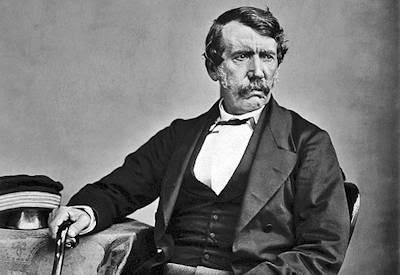 However, with the advent of decolonisation, this attitude came to be known as cultural imperialism. “The universalising discourses of modern Europe and the United States (…) assume the silence, willing or otherwise, of the non-European world.” argued Edward Said, pioneer of decolonialist theories. Universalist values are just the expression of the arrogance of a culture persuaded of its own absolute superiority. They are a fraud used as a justification for Empires and should be rejected as vehicle of imperialist domination. Thus, the rejection of universalist discourses is inseparable from the anti-imperialist movement which has agitated the XXth century, and of its grievances against its former masters.

The philosophical dimension plays on a different tone: the critic is more fundamental. Universalist values are not criticised as a fraud, as a lie created to justify western imperialism, but truly as a myth that can never be achieved. But where did Europeans even get the idea of “universal values” ?

Firstly, classical western philosophy tends to consider that some values exist as “common sense”. There is no need to reason about them, these values are taken as a given of human experience. Nowhere is it clearer than in the U.S. Declaration of Independence.  “We hold these truths to be self-evident” is the quintessential formulation of this axiom. On a side note, it is fair to say that this is not a trend that is specific to Europe at all.

Secondly, even if we would reason about it, we would end up agreeing on the relevance and “inherent good” of certain values. As we all possess the same gift of rationality, we should all end up with the same conclusions if we follow the right methods of reasoning. Take Kant’s categorical imperative: “Act only according to that maxim whereby you can, at the same time, will that it should become a universal law.” Every man can access the domain of universal law. The crucial hypothesis here is the unity and ubiquity of human reason, allowing one man to reach a space from which he can speak for all. 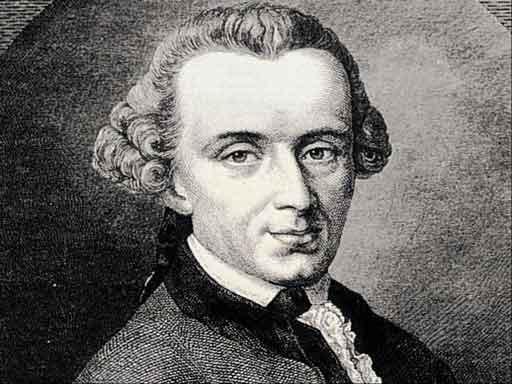 I. Kant, completed a cycle in Western Philosophy by tying Christian morality to rationality

Today, it is precisely this unity of human reason, this transcendality, which is violently questioned. Amongst the different critics, one country’s voice is progressively gaining traction: China. The Chinese Communist Party has repeatedly affirmed that Western concepts of human rights and democracy are nothing short of irrelevant in the context of China, simply because it is China. The historical and cultural heritage forming the Chinese identity overrides any moral reasoning from the West, because the Chinese just do not think in the same way. This rhetoric is only amplifying under the rule of Xi Jinping, allowing him to claim that the Chinese system is a “whole process democracy”. But, as “The Economist” puts it ; “This is socialist democracy in the sense that the party believes itself to represent the people. None of this bears any resemblance to Western democracy and its institutions.”

In other words, the Chinese government denies that they share enough common ground with the Western world for Western-based concepts to apply to them as well. This means that reaching a consensus becomes more and more difficult, if not impossible. If we have nothing in common, I cannot tell you anything. The death of a shared conception of rationality, a transcendent aspect of rationality, means the death of universality.

At its 70th anniversary, the PRC made a full display of its democracy, both in Beijing and in Hong Kong. Credits: AFP

I’d argue that there is a strong case to be made for salvaging a universalist discourse, whatever the precise values forming it. To cite only one example, the disappearance of universalist values is likely to lead to the end of the ideal of an international community of states. As a shared understanding of the human experience, a universalist outlook allows us to tackle issues that are global by definition – climate change for example. It is impossible to mount a coordinated response if we can’t empathise with victims that don’t belong to our immediate or national community. That may not be very rational, but that is the reality of politics.

Several solutions are being worked on right now. On the philosophical stage, multiple scholars have been actively trying to find a way to establish a new framework for universalist values. In 1993, Hans Küng proposed a “Declaration Toward a Global Ethic”. His basis for universalism is the concept of a “Lebensvertrauen” (Basic Trust in Life), a declaration of faith made to reject nihilism and extreme relativism. Most importantly, he found the Global Ethic Project, which seeks to formulate “a global ethic”, with the belief that “all world religions and philosophical teachings share fundamental values and moral concepts”. Similarly, Jonathan Keir, member of the Global Ethic Project, defends the concept of a “world ethos”, a “large but not infinite library of collective wisdom”, using the presence of this “Lebensvertrauen” as the criteria to fill this library. Intentionally imprecise, the strength of his proposition lies in the numerous sources and examples he finds in every culture; from Russian film director Andrei Tarkovsky to Egyptian writer Naguib Mahfouz. Similarly, New Confucianist Chinese scholar Du Weiming (because China is always more multi-layered than it seems) has long worked to form a bridge between Chinese philosophical tradition and the rest of the world, convinced of the existence of a spiritual humanism at the heart of Confucianism. 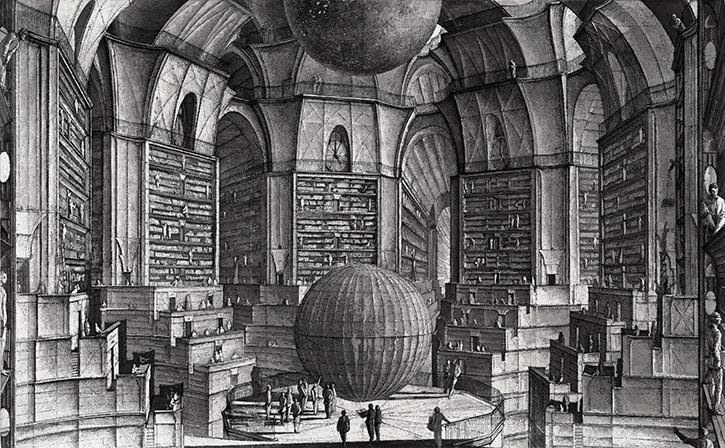 Unfortunately, however relevant this kind of work is, the fate of academia is to remain remote until it finds a canal of diffusion. To have an impact, ideas need socio-political vehicles. The field of global ethics is no different, if only an extreme example. Historically, no ethics or values have spread without the support of an institution, usually a state or a church, that was dedicated to exporting them. In modern times, as mentioned before, these institutions have been the British Empire and later the U.S.-based international organisations. China, the obvious successor, is clearly reluctant to take on this kind of leadership, and hardly could, at least for now. In such an unprecedented situation, uncertainty remains. But one thing is for sure : the future of global ethics is inextricably tied to the future of the world order. If you still dream of world peace sometimes, looking for a new global ethic isn’t the worst place to start.

When it comes to the adoption of delegated acts, usually little controversy sparks among the Member States of the EU. Their non-legislative nature naturally leads…