2020 is off to a bit of a rocky start to put it lightly: from Australia’s environmental disaster to the threat of a global conflict triggered by U.S.-Iranian tensions, anxiety levels have reached a new peak  with the Coronavirus outbreak counting more than 3000 deaths and over 90.000 people infected with no end in sight. The impact of the virus has strained health concerns, paralyzing the economies of multiple countries, with China at the forefront. In this general climate of insecurity, even the art world hasn’t  been spared, leading Art Basel to announce the cancellation of its Hong Kong-based edition, which was planned for late March. Art Basel is the most highly anticipated modern and contemporary art fair worldwide, and is owned by the MCH Group — an exhibition company staging around 40 shows annually. Every year, the fair and its two main spinoffs in  Miami Beach and Hong Kong bring together the art world’s greats, such as David Zwirner, Gagosian, Pace Gallery, or the Italian Massimo de Carlo and Galleria Continua. 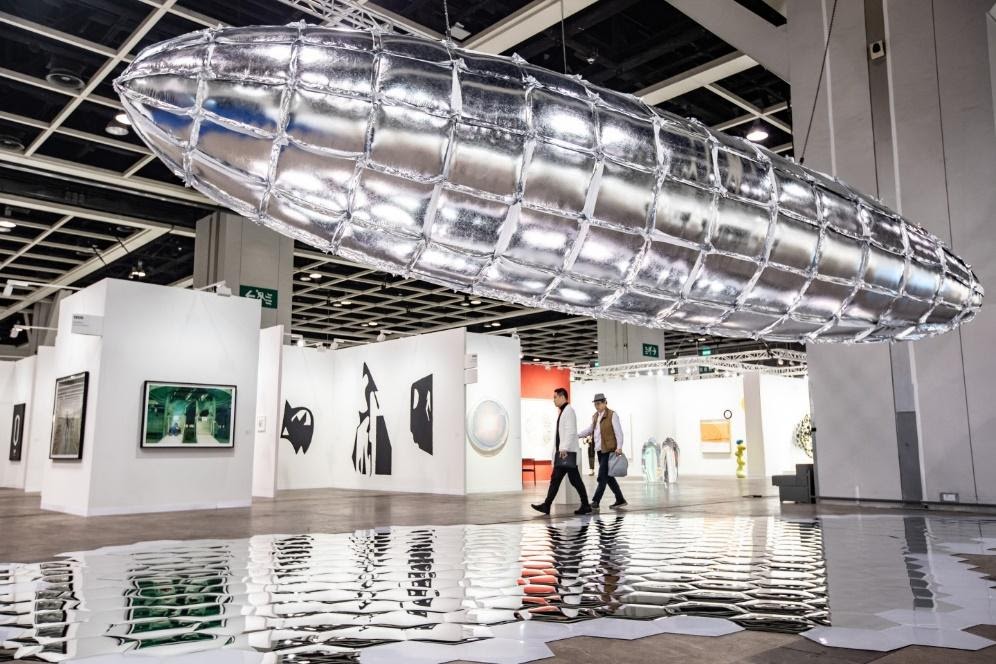 Taking a look at the art fair business is illustrative in order to understand the magnitude of such an event. The 2019 Art Basel report estimates that this field has grown exponentially in the past 20 years, from 55 international events in 2000 to 295 in 2018, generating a  total sales revenue of $16.5 billion. The art fairs are generally defined as “trade shows […] i.e. a place for people in the art business, from dealers and art advisors to collectors and curators, to kibbutz and make deals” . They are intended to be as “bare white walls” and temporary spaces which provide the galleries with two main advantages. First of all, the opportunity to show and sell the works of their represented artists is appealing. According to the Art Basel report 2019 – 46% of the dealers’ sales take place at local and international art fairs, compared with the 48% of transactions happening  directly in the gallery, which still represent the main sales channel . These figures are quite indicative of the art fair’s importance for a gallerist, pointing out how almost half of the total amount of sales is obtained during those few days. 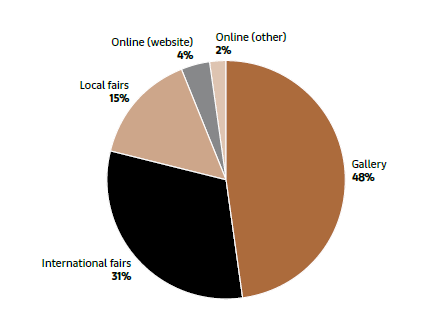 On the other hand, the second great advantage is represented by the many networking opportunities that art fairs provide.They bring together gallerists, curators, art dealers, and museums’ directors bring together, and create the opportunity of forging new valuable connections (e.g. a gallerist could start to collaborate with a new curator, who could help to realise exhibitions in alternative spaces, building up the artist’s image).

As such, Art Basel Hong Kong’s cancellation hits the gallerists especially hard, but ultimately it is the MCH Group that is more severely affected than anyone else.. The giant exhibiting group already faced a drop in profits for the Baselworld Watch and Jewellery Show – the principal trade show dedicated to watches, jewellery, precious stones and related industries – due to a contraction in the luxury watches market and a significant  reduction in the number of attending exhibitors, marking a 57% decrease in exhibition spaces. All of this has translated to the necessity for the group to sell its India Art Fair majority stake (60.3%) and its minority share (25.1%) in the Art Düsseldorf fair. Furthermore, as explained by Artnet, the worldwide exhibiting group is facing a difficult phase of internal restructuring according to which instead of focusing on “both producing its own trade fairs and providing services for others’ live events”, it will be now required to focus on a single core business – for the MCH Group its trade fairs segment – starting a process of strong cost-cutting, mostly in the Live Marketing Solutions section. 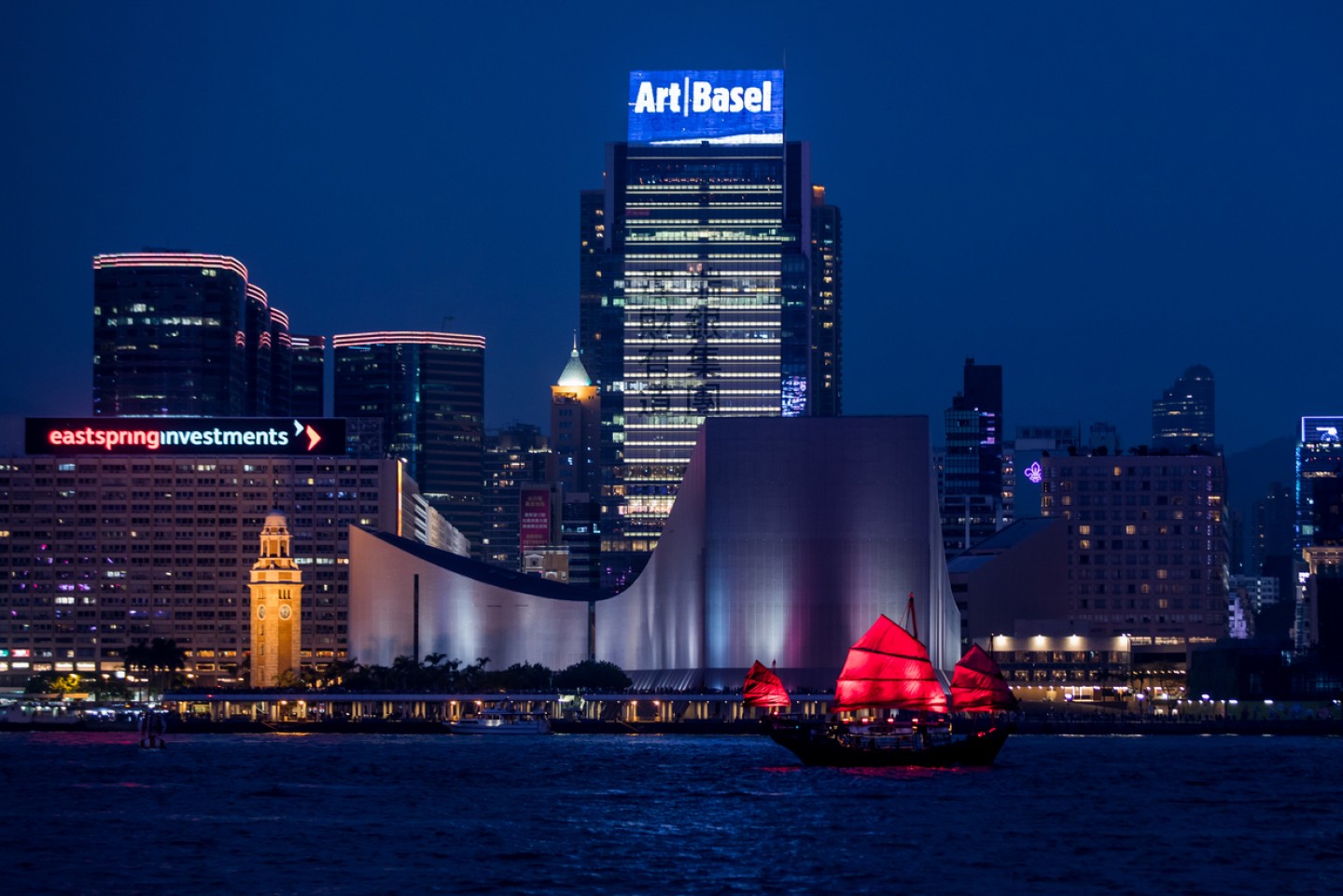 Although the spread of the Coronavirus has been the straw that broke the camel’s back, the possibility of cancelling the event was previously discussed in the wake of the Hong Kong protests.  A number of the top worldwide gallerists had expressed their worries in a letter sent on January 16th to Marc Spiegler and Adeline Ooi, Art Basel’s global and Asian director, respectively.. hey pointed out how the political instability of the region would represent a great deterrent for collectors, curators, and artists  to attend the event, strongly downsizing the expectation around its economic results. The gallerists also used the opportunity to ask for more favorable exhibition conditions regarding the event.. They asked for the possibility of reducing booth sizes without penalty, an extension on the deadline to pay until late February,  insurance coverage, no late fees for orders of booth materials such as lights and walls, and a 50% reduction on booth fees across the board. The Art Basel directors agreed on almost all but the last one, rejected due to economic reasons. Unfortunately, these attempts to “save what can be saved” have been shattered by the spread of Coronavirus and in particular by the WHO’s labeling of it as a global health emergency, which induced the Art Basel executives to to cancel this year’s edition. Some may wonder why they hesitated for so long. Maybe at first the region’s political instability was not considered grave enough to warrant a cancellation. Alternatively, the organizers may have strived to revamp Hong Kong international standing, after the protests had been torning it apart. Obviously, it is impossible to come up with definitive answers. However, a brilliant perspective has been offered by Tim Schneider from Artnet. He has related the drastic decision to a question involving the insurance issue, explaining that it is natural to assume that a worldwide giant as Art Basel would be covered by some kind of insurance . As he explained, it would be equally likely that Hong Kong’s political conditions would not satisfy the scenario required by the insurance plan. In other terms, “the situation is grave but not serious”. But probably, it was the WHO’s high-flown declaration of a global danger and the related prevention manoeuvres that represented the right cloak to allow Art Basel to cancel the event. Common sense or economic reason, what comes first? Maybe without the Coronavirus outbreak Art Basel Hong Kong 2020 would have still opened its doors.. What is certain, is a significant economic loss for all the potential attendants, not only in terms of sales but also considering the overall costs sustained to prepare for the fair . In that sense, the decision to compensate 75% of the paid fees appears as something owed but not truly significant. At the same time, it is equally likely that the event cancellation – able to animate the region thanks to its worldwide resonance and consequent attraction of a wide pool of Ultra High Net Worth Individuals – would contribute to aggravating the conditions of an economy which was already severely affected by the outbreak of protests and the coronavirus epidemics. The Guardian reported that the already shrinking Hong Kong economy is supposed to decline by another 2.6%.

So, what’s left? In addition to the significant economic damages to galleries, the fair, and the region itself, it was probably the right decision to cancel the event, even if said cancellation was solely based on business calculus. In other terms, not even common sense comes for free.

As in many other EU countries fighting against the Coronavirus, Hungary has declared a state of emergency in mid-March, granting the government additional powers in…