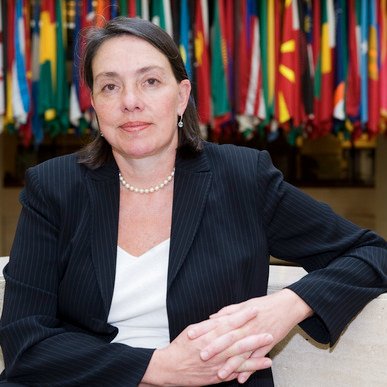 Last year Greece finally emerged from the Third Memorandum of Understanding. The country went through one of the worst debt crises in Europe’s history and at times seemed on the verge of bankruptcy.  However, the democratic institutions have proven resistant and the economy is starting to show signs of recovery. The national elections in July 2019 proved to be  a defeat for populist forces and lead to the formation of a seemingly stable government under conservative leader Kyriakos Mitsotakis, who is trying to turn Greece into an attractive harbour for investors. We will discuss these topics with Miranda Xafa, a Greek economist, formerly IMF staff member and professor at Pennsylvania and Princeton University. In 2017 she wrote the book “Δημόσιο Χρέος”(Dhimòsio Chrèos, Public Debt), where she analyses the history of Greek public debt.

What is the state of Greece’s public finances now? Can we say that the Troika’s bitter medicine helped heal its patient, or is Greece still in a risky position?

Greece has achieved an enormous fiscal adjustment, from a deficit of 15% of GDP in 2009 to a small surplus in 2019. However, most of the adjustment relied on raising tax rates on a narrow tax base, resulting in disincentives to work and own property. On the spending side, Greece still spends too much on pensions and wages and too little on social welfare and public investment. Going forward, debt sustainability will depend on Greece’s continued efforts to achieve a higher growth path and maintain a balanced budget.

How do you judge the four-year office of Mr. Alexis Tsipras? Did he manage to bring Greece to a safer economic path as he made a U-turn from the radical platform of the Thessaloniki Programme towards a more pro-European and fiscally disciplined direction? Are there economic factors that could explain his defeat in the general election?

The Greek economy suffered two shocks: the loss of market access in the aftermath of the global financial crisis in 2009-10, and the “Tsipras shock” with his misguided confrontation with official creditors in 2015, which set back the adjustment effort at great cost. His eventual U-turn with the signing of a third Memorandum of Understanding in August 2015 avoided Greece’s exit from the euro area, but resumed Greece’s adjustment efforts from a worse fiscal, financial and structural starting point. Growth turned negative again, the banking sector lost tens of billions of deposits before capital controls were imposed in June 2015, and banks had to be recapitalized with public funds. Budget balance was restored at the expense of an increase in taxes and pension contributions, partly squandered by distributing one-off “social dividends”, while growth remained well below expectations. No wonder Mr. Tsipras and his party lost the 2019 elections.

You were the chief economic advisor of the current prime minister’s father, Konstantinos Mitsotakis, who ruled from 1990 to 1993. In your book “Public Debt” you praise his fiscal consolidation measures and pro-market policies, suggesting that they played an important role in allowing Greece to get accepted into the Eurozone. Do you think that his son Kyriakos will follow his example or is there a high risk that, as some people fear, he will bring the country back to the years of Kòstas Karamanlìs?

There is no way Prime Minister Mitsotakis will bring the country back to the years of pre-crisis fiscal profligacy which led to three adjustment programs in 2010-18. He understands the need for balanced budgets over the business cycle and prioritizes growth led by investment and exports, not through a debt-financed consumer boom as in the 2000’s. He is also trying to clean up the banks by reducing the large share of NPLs in their balance sheets – a legacy of the crisis, which reduced the borrowers’ ability to pay.

What are the main challenges that the new government is facing? What is the course of action that you would recommend them to follow?

Greece’s growth prospects are held back by a shrinking and aging population, low investment, and near-zero productivity growth. Resources are trapped in unproductive uses in “zombie” companies that need to be restructured, both in the private and public sectors. Changes in bankruptcy legislation are needed to expedite the restructuring, as well as bold action to deal with loss-making public sector companies, which cost taxpayers 18 billion euros in 2012-18, according to the latest IMF report, including through redundancies. Action also is needed to open up closed professions and increase competition in goods and services markets.

The Parliament has recently approved the Development Bill, which was labelled “I invest in Greece”. Kyriakos Mitsotakis stated that “it brings Greece into the 21st century”. What are the main contents of the bill and how do you judge it? Do you think it will help attract foreign investments to Greece as the Prime Minister hopes??

The Development Bill aims to improve Greece’s attractiveness as an investment destination, primarily by reducing red tape. It simplifies the investment approval process, and involves the private sector in assessing each investment project’s compliance with regulatory requirements. It also restores, to some extent, the labor market flexibility introduced with the 2011-13 reforms, which was reversed by the radical left SYRIZA government just before the July 2019 elections (restoration of seniority bonuses, unilateral arbitration, sectoral wage agreements).

Some analysts have suggested that Greece could even become an example for other developed countries that are experiencing a debt crisis. Do you agree with that? What do you think other countries can learn from the Greek experience, both in a positive and in a negative sense?

Positive lessons include the rapid fiscal adjustment from unusually high deficit levels, although the adjustment should have relied more on spending cuts than on revenue increases. Negative lessons include the sluggish pace of structural reforms, which delayed competitiveness gains and the economy’s reorientation toward greater openness. Delays in debt restructuring and in dealing with NPLs in banks are also negative lessons.

To conclude the interview, as we are an Italian magazine, I will ask you a question about Italy. In fact, Italy also has troubles with public debt sustainability, as your former colleague at IMF Carlo Cottarelli often underlines. In fact, the story of Italian public debt is quite similar to the one that you describe in your book. As in Greece, public debt boomed in the 1980s under socialist governments. In the 1990s there were some attempts of fiscal consolidation that allowed Italy to enter the Eurozone, but without solving the country’s structural problems. Even in the early 2000s both Italy and Greece wasted the “Euro dividend” on excessive public spending (mostly current expenditures) and Italy was also forced to form a technocratic government to face the 2011 debt crisis. What measures should the new Italian government take to fix public finances? Can Italy fall into a Greek-like scenario if structural reforms are not implemented?

Italy has fallen into a slow-growth trap due to structural rigidities that prevent a rapid adjustment of goods, services and labor markets to changes in market conditions. Like Greece, Italy ranks relatively low in competitiveness indices; closed professions raise the cost of doing business and a highly regulated labor market discourages hiring. A growth agenda based on structural reforms to improve the business environment and labor market flexibility is clearly needed. It is crucially important to implement a critical mass of reforms jointly, rather than piecemeal manner. Cutting red tape and simplifying administrative procedures should be a priority. On the fiscal side, efforts should be made to contain pension spending in order to improve the fiscal balance and place the debt-to-GDP ratio on a firmly declining path. Time and, again, experience have proven that growth based on a debt-financed fiscal expansion will end in tears, as debt service costs rise and fiscal consolidation becomes necessary to maintain market access. Also, fiscal consolidation that relies on spending cuts is more growth-friendly than consolidation that relies on tax increases. 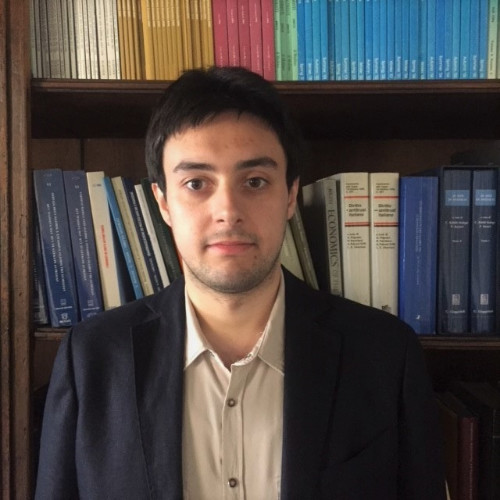 In Hansel and Gretel, two children are lured into the candy-coated home of a deceitful witch. In exchange for doing household chores, the witch fattens…