In recent years there has been a great discussion on the fourth industrial revolution and whether it will bring a massive wave of job destruction around the world. The answer is yes…and no. let’s try to understand this statement with some data.

First of all it must be acknowledged that the current wave of technological change is quite unique compared to the past for what concerns its pace and its extent with many new frontier technologies rising every year and with the existing ones gaining an always increasing role in our everyday lives. This is helped by the rapidly declining cost of many new technologies. 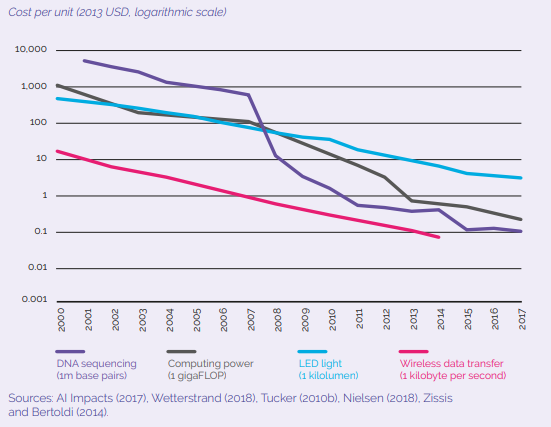 Yet the discussion on the numbers of jobs that will be lost, which range from 9% to 80% depending on the study and the country studied, is quite misleading. This is due to the fact that these researches take into consideration the jobs that could possibly be lost, but not necessarily replacing those jobs would make economic sense. 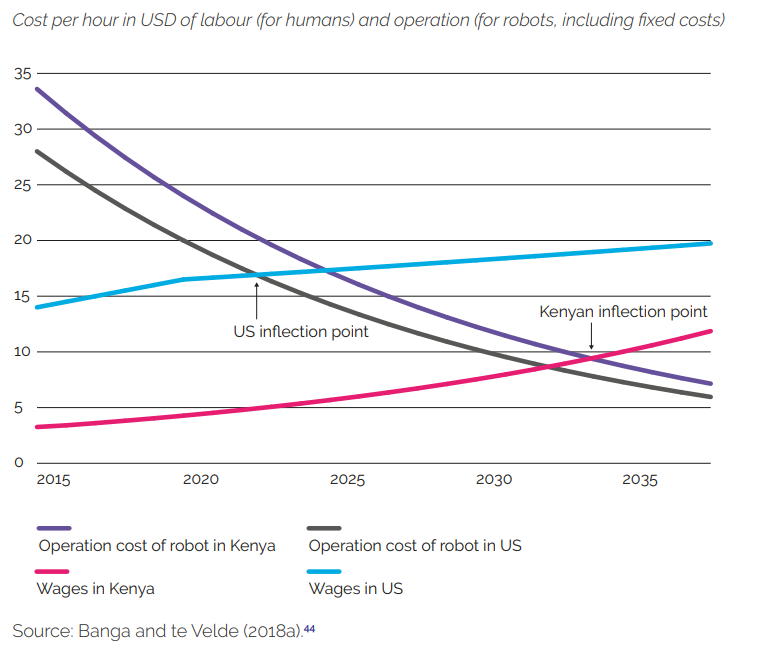 Countries as the US with high labor cost and low operation cost of robots seem to be those that should fear the next industrial revolution the most. This is the same reason why certain technologies even though already available are not spreading in developing countries. They will not spread just for the fact that they exist, but in order to make them spread certain conditions such as higher levels of infrastructures, education and wealth must first be met. 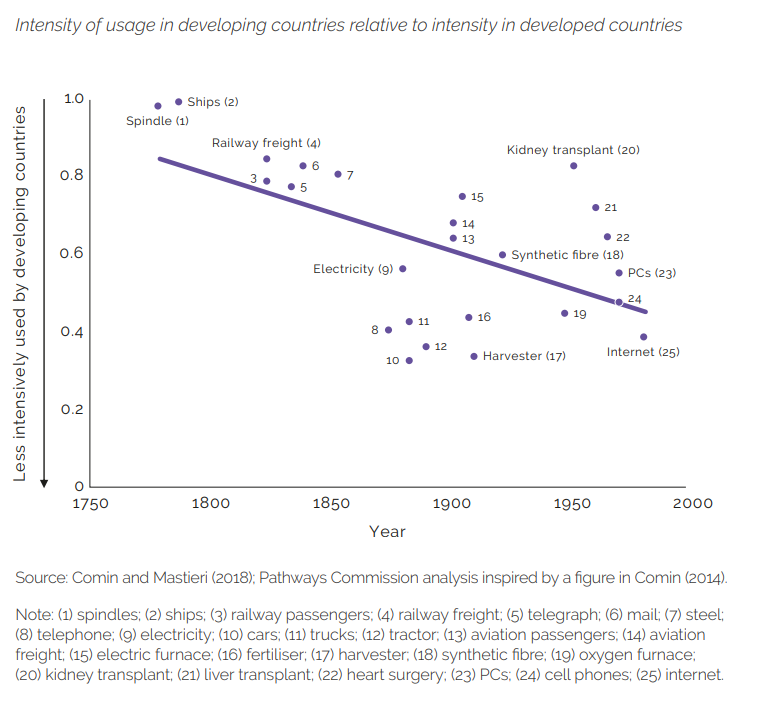 Yet if we dig in the numbers we can see how if on the one hand jobs in the industrial sector are declining the total number of jobs is not.

How is this possible? This is the same process that made western countries rise after the first industrial revolution. The fact that certain technologies drastically increased the productivity in certain sectors, as it used to be with agriculture, made new jobs available.

For example the introduction of the personal computer erased almost all typewriter manufacturing jobs, but now it would be hard for us to imagine any working space without computers. And the jobs that were in this way unleashed were not only those of the people actually creating the computers, but the millions throughout all sectors that were now economically feasible thanks to the great increase in productivity.

This is the reason why, looking at cross country data, we can see how even though productivity varies a lot from country to country, the employment level does not. 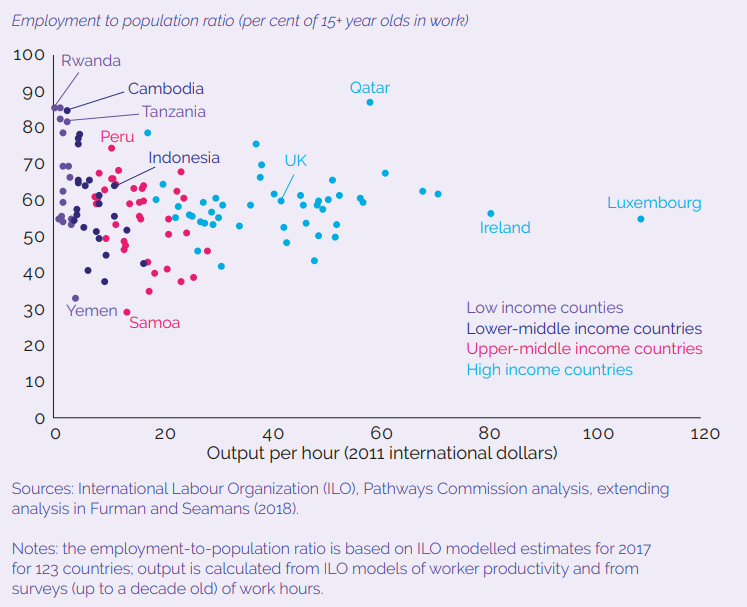 Therefore, even though a destruction of jobs will occur, it will probably be a creative destruction as Schumpeter would have called it. This does not mean that this destruction will not bring huge social and political burdens on countries. It means that these burdens can and should be tackled by governments.

“In a perfect world, this could never happen” sang the Canadian rock band Simple Plan some years ago. There are actually plenty of things that…