Policy makers and business leaders are meeting up for the next two weeks in Madrid at the COP25 to discuss how to reach the goal set in the Paris Agreement to maintain global temperatures at a maximum of 1.5 degrees Celsius above preindustrial levels. If the task weren’t hard enough the temperatures are already 1 degree higher than the agreed baseline while they are talking. Furthermore two factors are against them. First of all, there is inertia in the temperature rise, which means that even if we were to stop emissions now temperatures would continue to increase for some time. Second the last International Energy Outlook by the U.S. Energy information administration is expecting energy demand to increase by almost 50% before 2050 and the energy sector alone accounts for more than three quarters of global greenhouse gas (GHG). 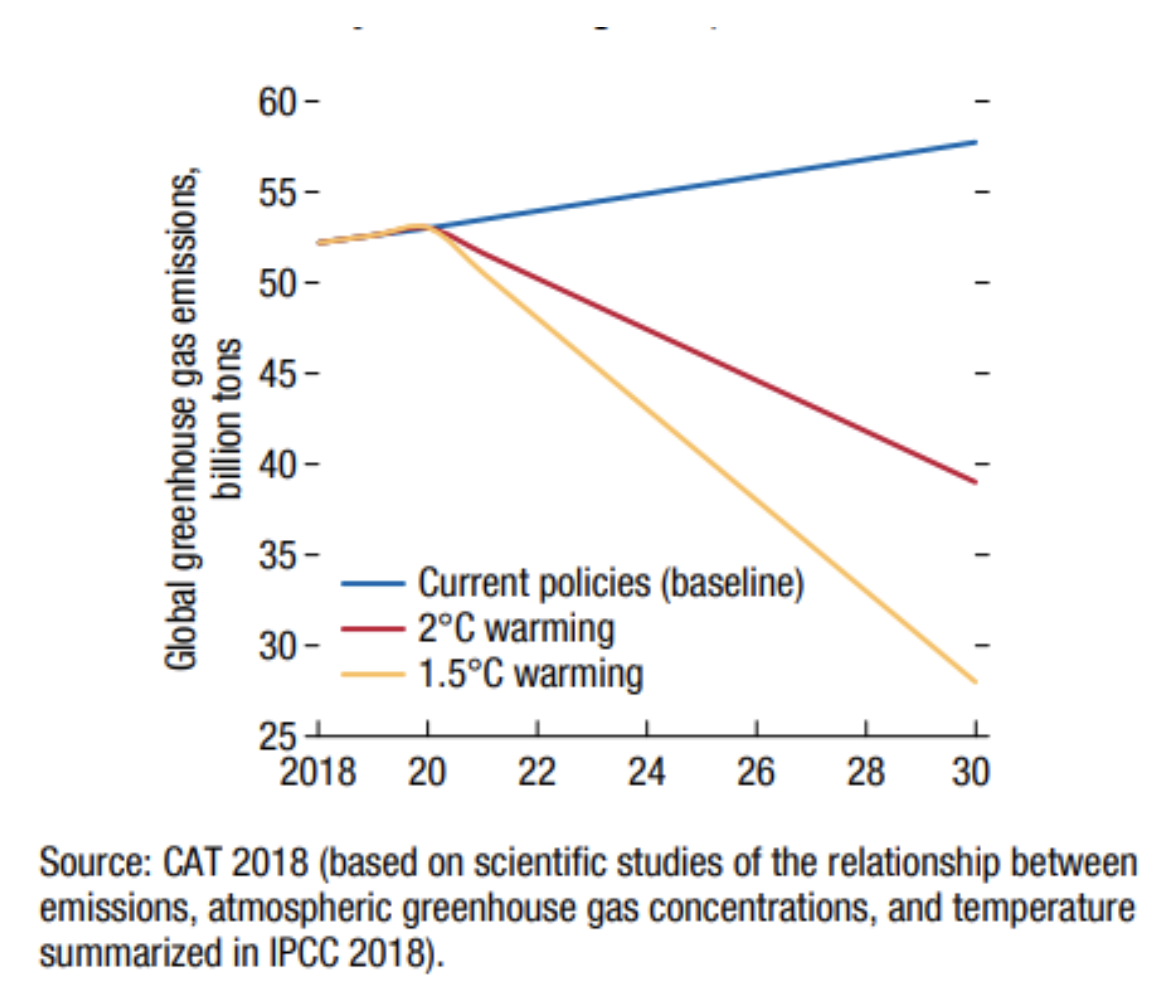 An idea to tackle this issues which is starting to gain traction, as documented by initiatives such as ‘Stop global Warming’, is the introduction of a price on carbon emissions. The ratio behind such a tax would be to discourage investments and consumptions from the most polluting energy sources while incentivizing an energy transition. As the latest IMF’s fiscal monitor documents such a policy even though still not sufficient in most cases to achieve the pledges made by each country in the Paris Agreement (furthermore it should be kept in mind that the Paris pledges, even if achieved, are not enough to maintain the temperatures under the 1.5 degrees threshold) would foster great results. 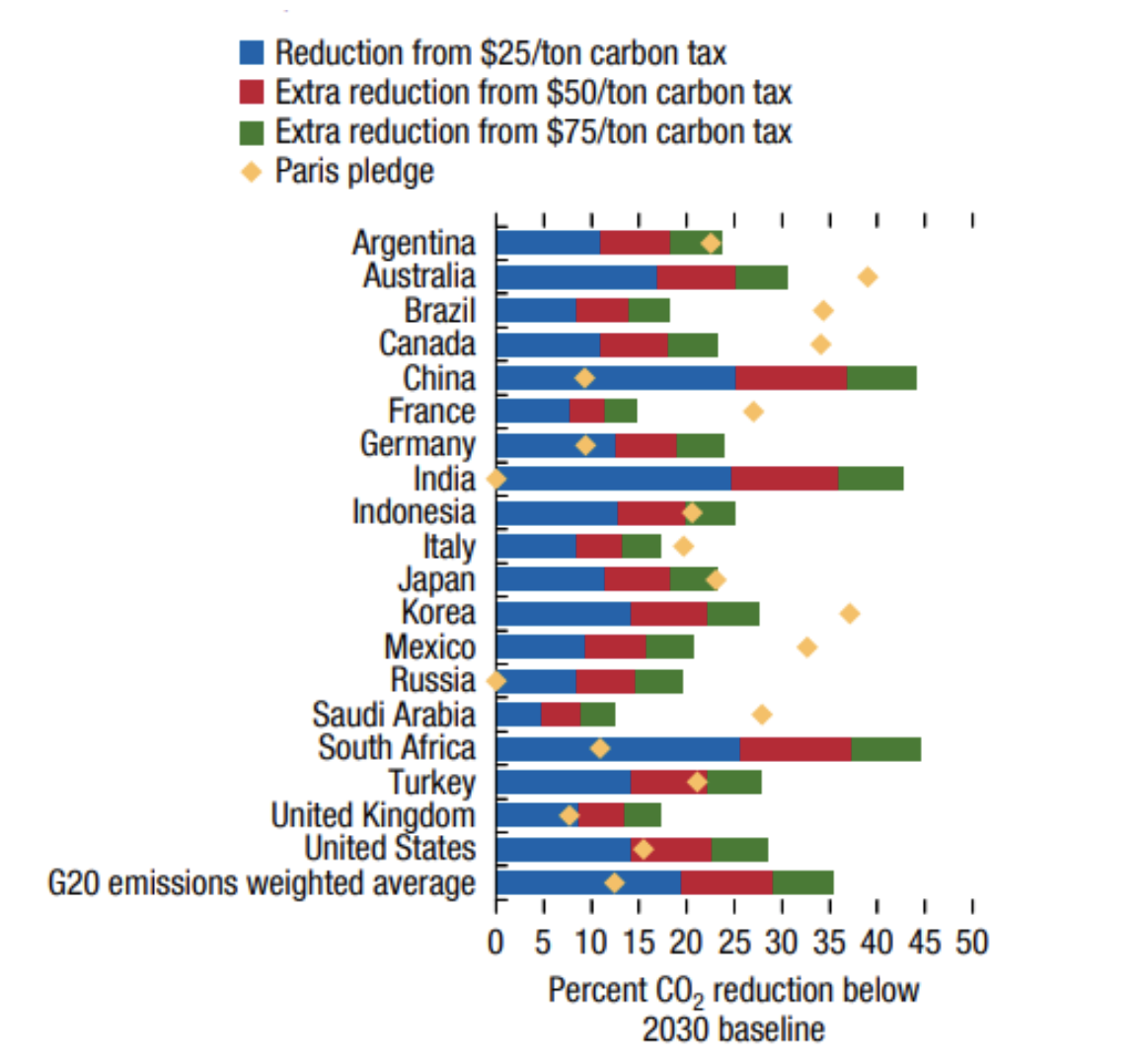 In achieving these results the a carbon tax would raise on average between 1 and 2 GDP points in revenues. 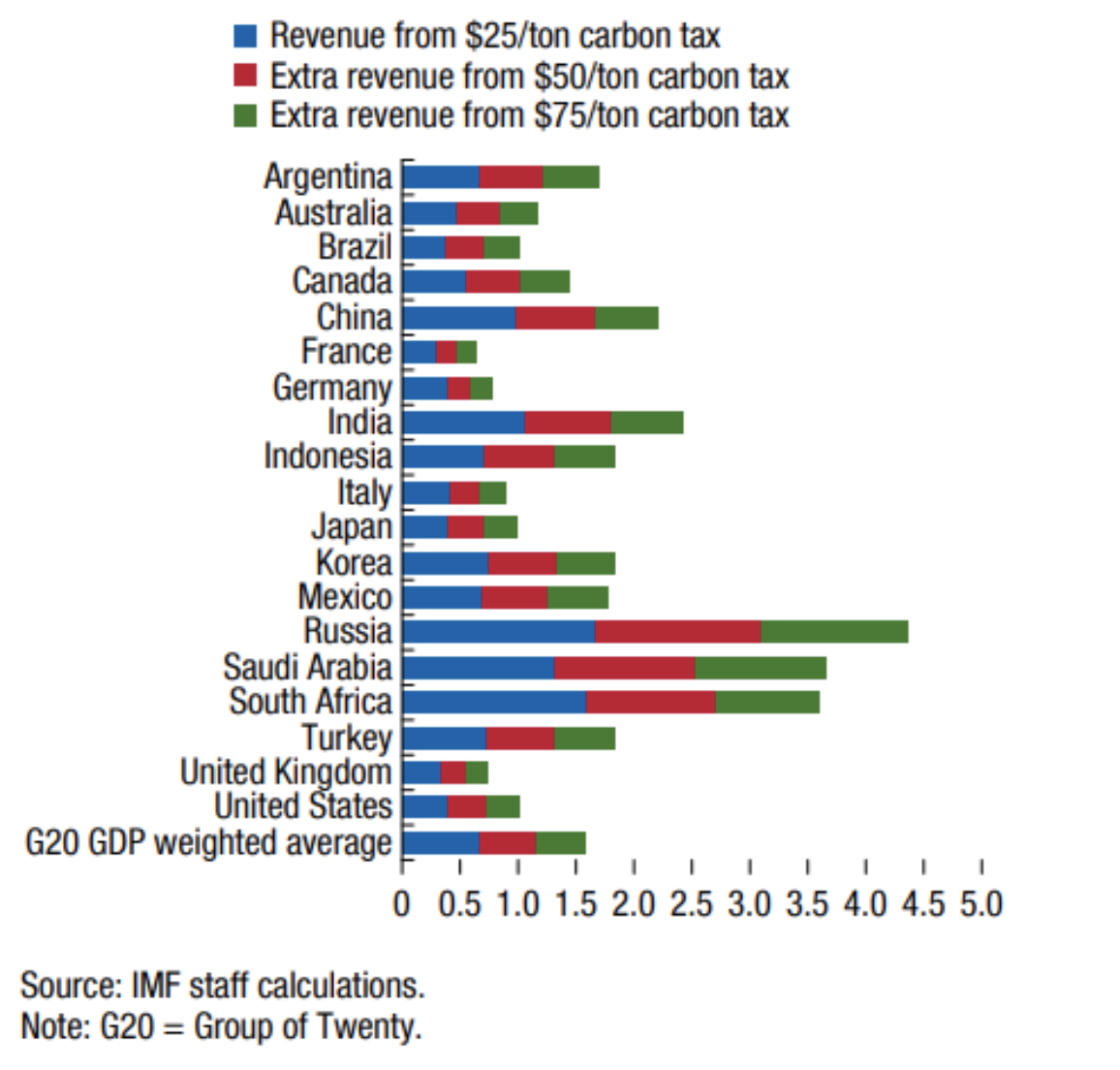 This is still not a win-win situation since a tax would still have an economic cost and on top of that the burden of the tax in proportion to household consumption is moderately larger for lower-income households than for higher-income households in many countries (with India among the notable exceptions). In the image below you can see what the burden of a 50$ carbon tax would be by income quintile as a percentage of total household consumption. 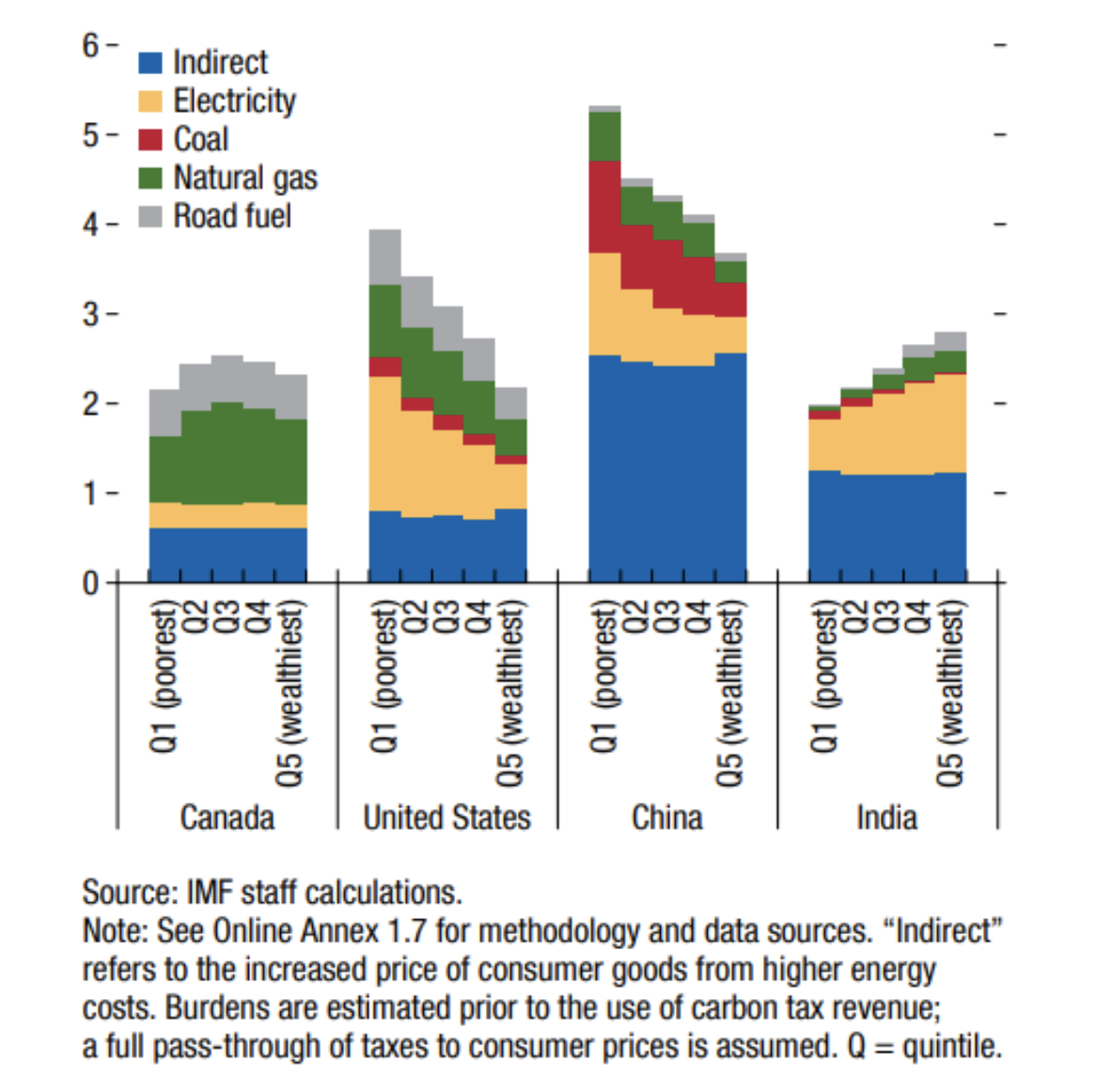 The reason in general is that in countries such as the U.S. or China the households in the lower quintiles of the income distribution spend a greater share of their income for electricity. 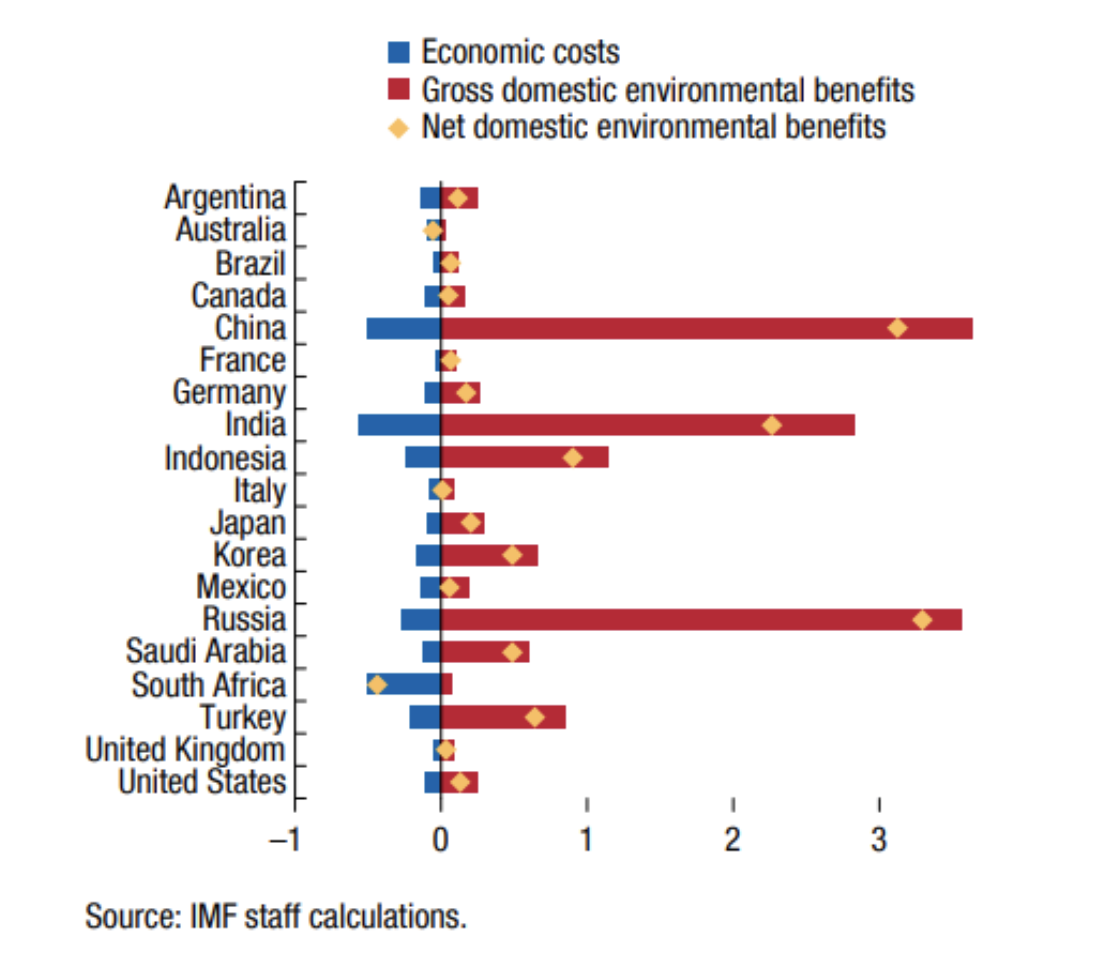 Yet policymakers can use the additional revenue to compensate those that would be hit the most by such a tax. Options range from assistance to lower income households to support for displaced workers and coal-mining regions.

Amid a full-blown trade war with the USA, a faltering economy and further potentially explosive protests in Hong Kong, Beijing is bracing for the country’s…