The last three US elections have witnessed the abrupt establishment of technological innovation in political campaigning that has reshaped ordinary practices in this field worldwide. Notwithstanding different data privacy regulations, this legacy is impressive as the US electoral context has served as a melting pot for various campaigning experiments that have impacted other electoral races. And this seems to endure also in the future as the 2020 elections are likely to throw up the odd surprises. Yet, as we are at the very crucial point where the core notions of privacy and freedom of information are questioned in regards to the apparent normality of political microtargeting and fake news propagation, we need to understand how all this got started.

Thus, change has not come in one day as innovations in online campaigning date back to some time ago. Most notably, the biggest revolution was introduced in the 2008 Obama Campaign where the ‘Internet President’ exploited a much-better receiving media environment than his opponent, John McCain. The democratic candidate indeed better leveraged the renewed media landscape where more than half of the population used the internet to get information about the elections. This proved to be pivotal for the electoral results as Obama used social networks extensively in conjunction with traditional tools as he sought to maximize ordinary campaign tasks through the internet. This was all managed by the ‘MyBO’ website, an online platform that permitted Obama to coordinate supporters’ involvement by organizing ground-work activities, therefore reaching out to voters, stay in contact with them, and regulate their mobilization.

On the contrary, McCain did not fully grasp the potential of established digital commodities to increase his share of votes. This lag in adaptation was so great that, according to Bimber, McCain “will go on record as the last major presidential candidate in the US to run for office treating the digital media environment as distinct and separate from the larger context of political communication”. Hence, McCain was absent in eight social media in comparison to Obama, and he never employed those tools similar to the MyBO website which were largely available. Furthermore, in those instances when McCain was present on online platforms, he performed worse than his competitor. For example, he only published 260 videos on YouTube, compared to 1,239 by Obama. Moreover, the mismatch persisted on Twitter where, at the end of the campaign, he only had 5,000 followers, whereas Obama had about 112,000. Similarly, Obama had 2 million supporters on Facebook whereas McCain accumulated only 600,000 likes. 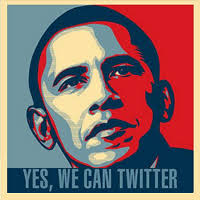 This digital mismatch between the candidates signalled the potential of digital media in reaching out to more voters, and the Obama’s Lesson was shortly learnt by Mit Romney, Obama’s competitor in the 2012 presidential elections. The Republican candidate immediately filled the digital gap left by his predecessor as he employed on an equal footing social media as his Democratic opponent. Yet, he failed to anticipate his Big Data innovation.

Thus, the biggest revolution introduced in 2012 can be considered the innovative deployment of data mining and analytics of citizens’ online information to determine their voting behavior. This meant the creation of statistical models of voters’ behavior based on data and their persuasion/manipulation to vote in a certain way. This information was retrieved from the collection of citizen’s data from open web sources, such as social networks, cookies, web searches and the ‘Obama for America App’. The latter was the official 2012 campaign app that permitted voters to make donations and keep them updated on its developments. As 1.3 million voters accessed the app via Facebook and therefore accepted its terms of use, it directly collected their data, but also indirectly those of their Facebook friends, namely of approximately 180 million people.

Although political microtargeting was not a new invention in the context of political campaigning as it was already used during the 2000 and 2004 Bush and 2008 Obama campaigns, what made it unprecedented was its novel degree of application. Thus, this data was so extensive that the Obama’s team had so much information about voters that they could even classify people in subgroups even based on their favourite tv programs and leisure activities. According to Issenberg, by the end of the campaign, Obama could be confident that he “knew the name of every one of the 69,456,897 Americans whose votes had put him in the White House”. 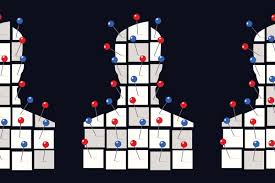 Finally, in 2016, we witnessed a new trend as digital campaigning efforts by candidates have still gravitated on the ‘top-down dimension’ while users have signaled the emergence of the bottom-up sphere. Both candidates employed data mining and analytics techniques to target undecided voters, most notably by Trump who recurred to the help of Cambridge Analytica to make use of behavioral microtargeting on more than 13.5 million voters. In addition, both Hilary Clinton and Donald Trump heavily invested in social networks. During the 2016 US campaign 44% of US adults received information about the presidential election from social media, and 24% turned to social media posts made directly by candidates to get information. Yet, what made the difference in terms of innovation and consensus was the role of online users in undermining opposing candidates. This proved to be crucial for Trump who published less posts on Facebook and Twitter than Clinton, but whose content received the maximum exposure thanks to his succinct, controversial and polarizing messages. Moreover, Social media bots, played a key role. These are automatic programs that perform repetitive tasks such as communicating with other users, creating specific online content, resharing messages and automatically responding to posts from target candidates, therefore influencing the kind of information users consume in the online sphere. During the 2016 campaign, both Clinton’s and Trump’s bots produced about a fifth of all tweets in the campaign, but pro-Trump bots generated about four times as many tweets as pro-Clinton bots.

Automated bots also had another crucial task: fake news’ propagation, which turned out to be the real revolution of the 2016 US campaign. Although the impact of fake news on voting choice is not clear among scholars, the majority of US voters have retrieved news from social media, with approximately a quarter admitting that they have shared a fake news story at least once. In addition, Alcott and Gentzkow found that while there were 7.6 million shares of pro-Clinton fake news articles, those favouring the Republican president were around 30.3 million. Concretely, this means that if fake news is shared 38 million times, it can potentially generate more than 760 million clicks.

Furthermore, another problem posited by fake news circulation and automated bots is the risk of foreign infiltration in the online public opinion. This is because it is impossible to ascertain the location of fake-news providers as propaganda can be initiated outside of the national territory. This occurred with the (in)famous groups of teenagers from the small town of Veles, Macedonia, who were running more than 100 fake news websites for pecuniary reasons. Yet, this practice can pose even more serious threats, as in the case of the alleged Russian infiltrations with social media trolls that, according to the US Intelligence Report assessing Russian interference in the 2016 elections, were found at harming Clinton’s campaign while boosting the candidacy of Trump.

Experts are unsure whether the next US elections will introduce revolutions in digital campaigning or whether they will simply constitute aggiornamento of previous techniques. Yet, what is certain is that regulators worldwide have failed to take significant action against potential and actual threats that the digital sphere pose to democratic elections. In Lessing’s words, they have failed to alter the code, that is the core law of the internet.

However, recent developments in EU law and Facebook’s internal policy suggest interesting scenarios where regulatory efforts, on the one hand, meet the reluctance to change the very nature of the internet, that is freedom in all of its senses. To begin with, the European Court of Justice has recently ruled in Glawischnig-Piesczek v Facebook that Facebook can be forced by national governments to delete online content that is deemed defamatory towards individuals. In practice, this potentially means that Facebook can be obliged to delete fake news as long as it is directed to at least one individual. This represents an important development in Facebook internal policy following the decision to erase counterfeit content since the Cambridge Analytica scandal. Nonetheless, Mark Zuckerberg has not set to remove political microtargeting for the next US elections as he retains that political ads do not constitute a potential threat to democratic elections. In contrast, Twitter’s founder Jack Dorsey recently decided to impede parties to target online users. 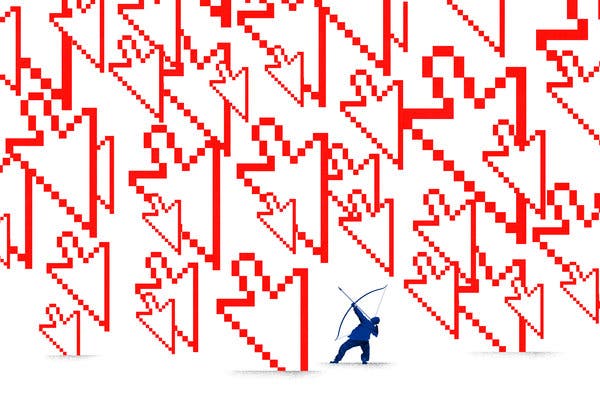 This natural failure in bringing homogeneity in the field of online campaigning outlines the dangerousness of the current and future scenario where citizens will have to deal with fake news propagation and political microtargeting for a very long time. This bears implications for the next US elections as genuine information acquisition by citizens can once again be jeopardized by the abrupt pace of technological development. Once again, it is up to the tech giants to determine the regulation of online democratic practices and it is our judgment to determine whether this development represents a natural upgrade of campaigning methods or dangerous democratic deterioration.

Only our common sense will shield us from what is true or false in the most democratic exercise.

The Women’s Football World Cup is currently everywhere in the media. As women’s voices rose louder than ever this year to fight gender inequalities, many…