China and the West have historically never been so close. But the window of opportunity for deeper and long lasting ties is being shut.

Who remembers Ferdinand Verbiest ? Jesuit missionary of the 17th century, he became chief astronomer of the Kangxi Emperor (1654-1722), proving to the court that European astronomy techniques were superior to the Chinese one. Also a personal friend of the emperor which requested him on matters ranging from mathematics to music and philosophy, he was the only Westerner to be granted the honour of a posthumous name. Anonymous today, the missionary and diplomat symbolises a golden-age of Sino-Western relations, based on cultural and scientific exchanges. 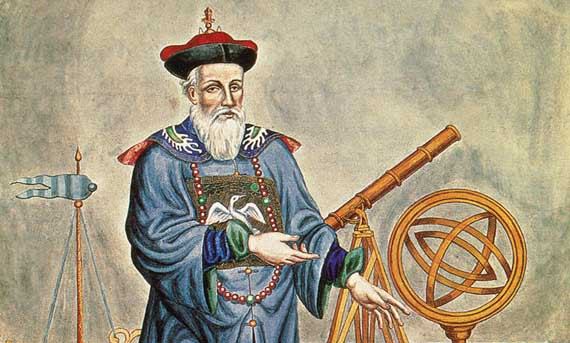 Flash forward 250 years, and the dialogue between China and the West seems to be failing at an extraordinary fast pace, especially considering the ongoing commercial feud with the United States. This is especially problematic considering the fact that the new Sino-Western relation is based mostly on trade, and doesn’t seem like its built on much else. Truly forgotten seem the days of Verbiest, overshadowed by colonial conflicts, “the Century of Humiliation” and the Maoist era.

However, looking back at History teaches one crucial thing : a relationship based on economic matters, for simplistic as it appears, is of a much more solid kind than one based simply on cultural matters.

So is the West’s current relation with China the ultimate horizon or will it serve as the basis for a radically new period in Sino-Western history ?

The phenomenon of Sino-Western, especially Sino-European, trade is nothing new. Traces of exchanges lead back to the Roman Empire. The advent of European maritime trade in the 15th and 16th century further renewed this tradition. But the key difference this time is the volume of the exchanges, which are now on a completely different scale. Chinese maritime trade was curtailed from the late 14th century onwards, and was only forcibly opened with the Opium Wars during the 19th century. The Kangxi emperor even ordered all of the people living on the coast between Vietnam and Chekiang (modern-day Zhejiang, just south of Shanghai), to move 25km inland to keep them from taking the sea. In effect, all maritime trade in China until the 1840 Opium War was concentrated in a few ports: Macau, Amoy (Xiamen), and Canton (Guangzhou), and from 1757 onwards, only in Canton. As such, even if Canton was one of the most active trading ports in the world, with the “Cohong”, the guild of merchants administering it, amongst the richest men on earth, that had obviously no common measure with today’s volume of trade. 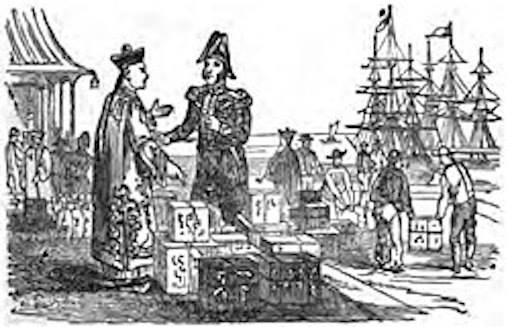 Trading with the Cohong in the 17th century

Notably the passage from traditional mercantilistic trade to global interconnected supply chains has added content and complexity to the exchanges, and decisively, importance to its success. Traders passed from bargaining prices to planning the implementation of factories producing products. When European merchants lent money to the Cohong, they signed contracts written in Chinese that they didn’t understand, communicating via translators in rudimentary Portuguese or English.  Today, most international firms working in China have Chinese branches employing both Chinese and Western employees, whom are able to communicate in a comprehensive and effective manner. Quite evidently, this kind of communication fosters exchanges that tend to go – sometimes – beyond money.

A decisive change is also quite evidently the return of China to an equal footage in power relations when dealing with its western counterparts. However, it comes this time with a hitherto unseen interdependency relationship. It has reflected in the exchanges between the two parties, both of them having to “take the other one seriously”.

When the English became dependant on Chinese tea and asked for the opening up of trade to make up for this, their request was met with sharp refusal. “I set no value on objects strange or ingenious, and have no use for your country’s manufactures” said Emperor Qianlong in 1793. Fifty years later, the British used the said “strange or ingenious” objects, namely canons, to win the Opium Wars. This course of events is unthinkable nowadays. The dominance of the West is nowhere as strong as it used to be, would it be in economic or strategic terms.

A phenomenon of affirmation of Chinese identity within China has forced Western companies and actors to attach new importance to customers’ practices and sensibilities. The ire triggered by the controversial Dolce & Gabana advertisement campaign, showing a Chinese woman incapable of eating pizza with chopsticks, is a good example. The boycott by Chinese customers will probably lead the brand to be more cautious of the implicit message hidden in their advertisement campaigns and more generally, of their communication. 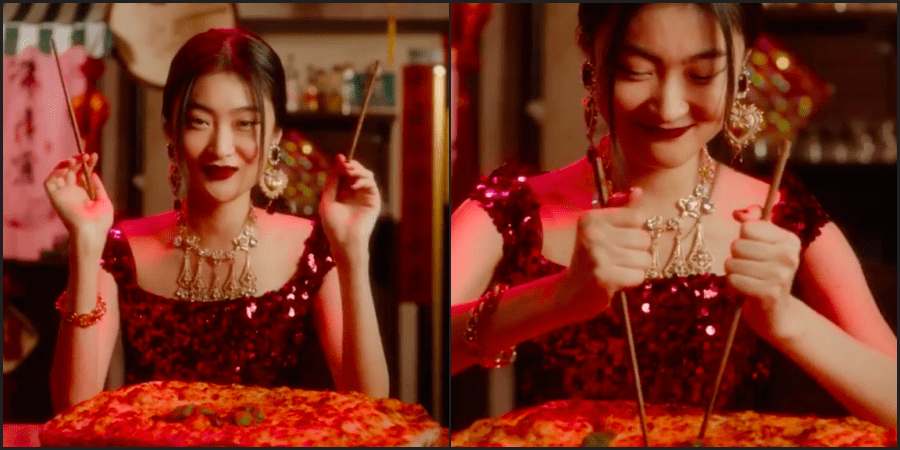 Nevertheless, this reasoning doesn’t quite catch up with the facts. Take the academic field. Although the figures for exchanges have obviously been growing overall in the last decades, a distinctive change has been noticed in the last few years. The growth of Chinese students studying in Europe and the US is slowing, while the number of European students in China is stagnating, and even decreasing for US students. For all the economic exchanges going on, it seems that young Chinese and Westerners are just not that interested in learning about each other.

The explanation for this apparent contradiction is quite simple: politics. China is still not attractive for Western students for different reasons, among which the dismal image its governing system projects in the West. Parallel to that, the appeal of the US, main direction of Chinese overseas students, has suffered a major blow in the last few years, with visa denials and discrimination scandals mounting up.

This means that what is preventing Sino-Western dialogue from taking off is neither economic disparities, nor power imbalances allowing imperialist behaviour, but simply political quarrels.

Ultimately, unprecedented economic integration and renewed obligation for mutual respect opens a historical opportunity. Westerners are more attentive to China than ever before, being largely dependant on its industry for their supply chains and on its market for their sales. The inverse is maybe even truer, as China has been looking for Western investments, technology and more generally culture and lifestyle for forty years now.

French Enlightenment thinker Montesquieu, with a quite liberal optimism, posited that trade between nations eventually leads to cultural rapprochement. But Montesquieu had not met with President Trump nor President Xi, and would maybe have a hard time defending his thesis today.

A window of opportunity for the meeting of East and West has been opened by trade and the redefining power equilibrium. Whether or not this this encounter will take place, and in which manner, will certainly be a defining issue of the 21st century.

Sixty years after the Treaty of Rome was signed, a lot of work still needs to be done. The European Union is suffering the blows…