With Brexit approaching, the Capital Markets Union (CMU) initiative acquires greater importance for the EU financial system. Facing the looming threat of losing its pivotal financial centre and the risks this would entail, the European Commission counts on the CMU to reinforce the EU financial market. At the same time, bilateral financial relationships are too close and intertwined to imagine that a hard Brexit will provoke no harm and negotiators, being aware of the risks, make their moves carefully.

The European Single Market is based on four fundamental pillars: the free movement of people, goods, services and capital. Despite the formal freedom, capital does not flow across national borders with the same ease of the other items. In fact, when compared to US or Japan, European financial markets rely intensively on traditional bank-based intermediation and little on capital markets, which are still fragmented along national borders. To address this problem the Commission presented in 2015 its CMU initiative. The long-term objective of the proposal is to complement traditional bank financing with efficient cross-border capital markets. In this way, the Commission seeks to facilitate EU-wide investments, unlock new funding opportunities — especially for SMEs and innovative start-ups — and foster retail investments.

The Brexit referendum determined a setback for the entire CMU project. The reason is simple: the UK leaving the continental bloc means that London — the main European financial centre — exits the EU and, consequently, the CMU. The City doesn’t constantly scores as the world’s most important and attractive financial hub for nothing: 46% of EU equity is raised in London. It is also home of about 75% of EU foreign exchange and interest rates derivatives trading, as well as around 35% of EU wholesale banking activities (figures of different years).

On the other hand, the CMU has assumed greater importance in light of Brexit. EU Commissioner Dombrovskis called for a “redoubled effort” to achieve a functioning CMU in the EU27, in order to counterbalance London’s exit from the Union. The EU should probably seize this opportunity to establish a leading financial centre on the European mainland and, for obvious reasons, Frankfurt would be the optimal choice (in addition to hosting the European Central Bank, the German city ranks as the second most attractive financial centre in Europe). Nonetheless, for its very intergovernmental and consensus-seeking nature, the EU is badly suited to find a financial champion able to vie with London.

Completing the CMU could thus serve to expand financial capability in EU mainland and reduce capital markets’ fragmentation, but it would hardly compensate for London’s departure. The relocation of some financial activities from London to other EU centres will be inevitable, but the factors determining the attractiveness of the City will not disappear overnight. For this reason, Brexit can hardly be considered a “zero-sum game” between UK and EU financial centres. Instead of relocating, UK-based financial institutions are more likely to scale down their activities in the EU mainland and European companies, which currently benefit from London’s financial services, might experience significant rising costs if no deal is struck.

The major risks for EU businesses are represented by a “cliff-edge” separation of financial markets. What to do with the ongoing service contracts, for example between an Italian multinational and its London-based financial broker? Brexit negotiators of both sides are perfectly aware of these risks and therefore are particularly cautious when they talk about financial services. The Chancellor of the Exchequer (aka UK’s Finance Minister) Hammond has warned against the fragmentation of Europe’s financial markets, and his EU counterpart, Commissioner Dombrovskis, advocates strong financial markets convergence with the UK.

The outcome of the negotiations is still unknown, and speculation on future cross-Channel relationships is reigning. Warnings of cliff-edge risks are accompanied by exhortations to find a workable solution (here the Bank of England’s appeal for an agreement). Given the interests at stake, however, financial services seem unlikely to be sacrificed at the altar of a hard Brexit. London is a too important financial centre for EU companies and the EU is a too fundamental market for London’s financial firms. As Brexit looms, the construction of a functioning CMU is even more important for the European Union but thinking that the CMU alone can replace the role of London’s financial hub is unrealistic. If EU negotiators want to avoid increasing banking and brokerage fees for European companies, they will have to find an agreement. 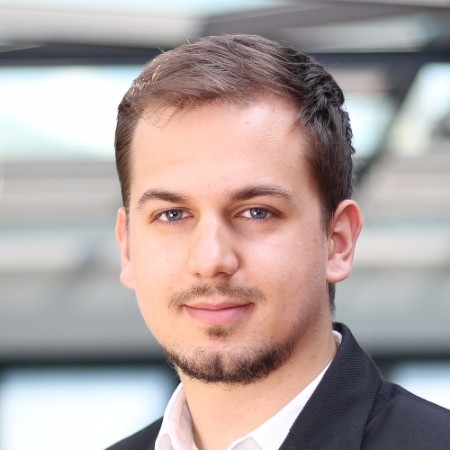 Amidst the unstoppable news wave regarding the Coronavirus pandemic, the gaze of the world has now shifted to some of the major Western democracies. Having…