After almost two years of bull market characterized by unusually low volatility, only interrupted by temporary jitters around the Brexit vote and the US presidential vote, on the 2nd of February the Dow Jones closed the day 666 points lower, losing thus 2.5 percent. The S&P 500 index performed very similarly, losing 2.1 percent. After the resumption of trading activities on the following Monday, problems for investors will turn out to be anything but finished. The Dow Jones will lose 4.6% in the largest decline since August 2011, while the S&P 500 will close -4.1% lower. In all of this, the VIX (Volatility Index), the index compiled by the Chicago Board Options Exchange which measures the volatility in the markets, spikes up to 29.06, after never exceeding 15 in the past two years.

But what caused this collapse?

To answer this question, we need to look at the data regarding annual wage growth released on February 2nd. The wages of US workers are reported up by 2.9% compared to a year earlier. A growth this strong was not seen since 2009. This fact worried investors as strong wage growth should boost inflation and thus push the FED to raise rates faster than planned. This would imply a rise in the corporate borrowing costs which could have negative effects on corporate profits.

If the Efficient Markets Hypothesis is assumed to be true, this would explain the fall registered the following Monday. This second collapse, in fact, does not have an immediately identifiable cause. “What was driving the market in January? They were not the fundamentals, as good as they were, but it was excessive confidence “. This is how Brad McMillan, CIO for Commonwealth Financial Network, explains the market performance to Bloomberg.
In short, the excellent fundamentals of the American economy and American businesses have pushed investor optimism further than the fundamentals themselves could justify.  The next big event in this first quarter for markets has to be the first testimony in front of Congress by the newly appointed Fed Chair, Jerome Powell. Powell, on the 27th of February, commenting on the strength of the American economy, lets out the following words: “We’ve seen some data that will, in my case, add some confidence to my view that inflation is moving up to target”.  This pushes the stock market indices back into red territory, albeit more moderately compared to the early-month performance, as markets interpreted these remarks to be a signal of a steepening rate hike path. This led to Powell to adopt more “dovish” tones in the following media appearances.

A few days later, the well-known tariffs on steel and aluminium wanted by president Trump are announced. This announcement affected the stock market greatly this decision exponentially increases the chances of a global trade war. The Dow Jones loses more than 2%, but losses are also recorded outside the United States and especially in Europe, where car manufacturers record the greatest drops. Even after the exclusion of the EU from the American-imposed tariffs, the negative momentum of the markets does not seem to be finished just yet. And this is for two reasons.

The first reason is the announcement that the United States will impose tariffs worth $50 billion on imports from China which triggered a specular move by Beijing. In a highly globalized economy and in one in which supply chains are now totally delocalized, a trade war between the two largest economies on the planet is a terrifying prospect for global markets, which have seen heavy downturns. The second reason is the personal data breach involving Facebook and Cambridge Analytica, a political consulting firm. The fall of the Facebook stock, caused by the prospects of European and American investigations in the matter, has dragged down the other so-called Big Tech firms.In addition to Facebook, Twitter, Netflix and Apple recorded heavy falls, as well as Tesla, which on the 28th of March lost 8% after the announcement by the U.S. National Transportation Safety Board that an investigation looking into a car accident in which a Model X driver lost his life will be launched. In conclusion, it can be said that this honeymoon that lasted almost two years between markets and investors has come to an end, despite very solid fundamentals. The rediscovered volatility in the markets is a symptom of functioning markets, and, with the world economy still expect to expand for the next two years, shareholders should not lose too much sleep on this issue. 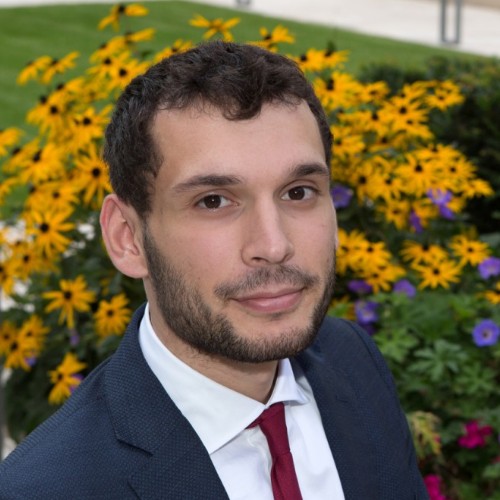 Diving into “deep trade” could help the EU to stay afloat   Levelling the playing field has become the leitmotif of Brussels’ talks. Whether…