With Pyongyang developing nuclear weapons and missiles, and Donald Trump questioning if the US will stop this nuclear program, maybe the time is ripe for wondering what really happens under the control of Kim Jong Un. At least in order to avoid any misinterpretation, as happened in 1950 when the mix of ill-advised words in Washington and miscalculation in Pyongyang led to the outbreak of the Korean War.

Now, after a long global inaction, is time to hear the truth about this secretive state and “The girl with seven names”, a book published in 2015,  gives us a brilliant insight into the bizarre and brutal reality of daily life in North Korea. This autobiographic bestseller is the story of an extraordinary escape of a young North Korean women and her rebuilding life – not once, but twice – first in China, then in South Korea.

As everyone in North Korea, Hyeonseo Lee was trapped by one of the world’s most ruthless and mindless dictatorships. Given the starvation, repression and poverty she witnessed surely her country could not be- as she had been told: the best on the planet, run by a benevolent god-like leader.

Hyeonseo writes: “One of the tragedies of North Korea is that everyone wears a mask, which they let slip at their peril. The state made accusers and informers of us all.” Public executions were used as a way to keep everyone in line. Lee saw her first execution at seven years old!  At supper, she had to thank “Respected Father Leader Kim Il-sung” for her food before she could pick up her chopsticks.

As Lee entered her teens, her world was turned upside down when her father was arrested by the secret police. He was later released into an hospital and died soon afterwards in unclear circumstances.

In the 1990s North Korea suffered a famine which killed around one million people. Lee’s first inkling of the crisis came when her mother showed her a letter from a colleague’s sister: “By the time you read this the five of us will no longer exist in this world”. Lee was shocked. She really lived in the world’s most prosperous country? A few days later, she came across a skeletal young mother lying in the street with a baby in her arms. No one stopped and helped her. In her book, she describes people wandering “like living dead”. In the city of Hamhung, she reminded people “hallucinating from hunger” and “falling dead in the street”.

Her home on the border with China gave her some exposure to the world beyond the confine. At night Lee would stare across the river to the twinkling lights of China and wonder at the contrast with the darkness that shrouded her own city.  She began to realize that she had been brainwashed her entire life. Seventeen years old, Hyeonseo escaped on foot into China, to the world’s doorstep. She simply wanted to see what China was like. Her fascination was fuelled by the Chinese satellite TV that she watched illegally. However, Lee’s prank early became a defection: when her mother tracked down her daughter in China, her first words on the phone were “Don’t come back.”

In an effort to adapt Hyeonseo remained here, lived in fear of being unmasked and deported back. Against all odds she escaped, survived abusive Chinese pimps, gangsters, importunate marriage suitors, informers and police interrogators. In fact, unfortunately, she could not return in her country since rumors of her escape were spreading. She changed her name numerous times, hence the book’s title. Therefore, she rapidly learned Chinese and then escaped again to seek asylum in South Korea. However, she missed her family desperately: it would be twelve years before she was reunited with her family! In addition, they could incur the punishments of the North Korean authorities such as imprisonment, torture, and, possibly, public execution. For this reason, Hyeonseo would return to the North Korean border in a dangerous mission to smuggle out her mother and brother.

Since settling in South Korea, Lee has become an advocate for North Korean human rights and refugee issues, addressing the United Nations and the U.S. Committee on Human Rights. She was recently interviewed by The Daily Mail and they asked her about the last news from Pyongyang and her opinion about the danger of North Korea’s nuclear weapons development.  She think it’s very possible that Kim would use them, which is why the international community is growing increasingly concerned about the progress of this program. Kim Jong-Un would ‘certainly’ launch his deadly arsenal if he felt threatened: its words are not only threats. He would launch missiles at South Korea, Japan and America too. It should be borne in mind that the ability of U.S. forces to enable effective intervention and deterrence in the future is uncertain, also because of the general uncertainty arisen after Donald Trump’s elections. He recently said that he is prepared to take pre-emptive military action and indeed, in early April, the aircraft carrier Carl Vinson has made rout to Singapore toward the Korean peninsula with a group of attack. In March, the same aircraft carrier had participated in massive joined manoeuvres with South Korea, taking on board the Navy Seal of the same Team employed in the killing of Osama bin Laden. Therefore, it would be highly premature and risky to decide that the United States, working with its closest allies and partners, is no longer up to the challenge of defending important common interests in regions far from its shores. However, the super crazy Korean dictator says he doesn’t worry about US actions, since “they have healthy military muscles with a nuclear strength in the middle”. He express his readiness to “remove from this earth the US”. The Institute for Science and International Security believed that North Korea has as many as 21 weapons of mass destruction and 4 warheads. Each of these weapons would have around half the power of the bomb the United States dropped on Japan in the Second World War.

In addition to this threat it should be recalled the difficult situation of the American hostage, Tony Kim, a teacher of North Korean roots. He has been arrested while he was trying to embark, after one month as teacher of accounting by the University of Pyongyang. This center is tolerated by the regime despite the teaching of subjects considered taboo, like “free market economics”. In fact, the North Korean communism has, under Chinese pressure, started to introduce – although slowly and fearfully – some “elements of market“.  Tony is not the first prisoner:  the history of the relationships between USA and North Korea is marked by different hostage crisis. The last two arrested, both in 2016, have been sentenced to 10-15 years in prison. According to international sources, the prisoners in North Korea would be 200 000 on a population of 25 million inhabitants, most of which under inhuman conditions.

To end tyranny and suffering in North Korea the crucial first step is to tell the world the truth about the dictatorship. Most North Koreans are ‘brainwashed’ into believing the regime’s propaganda: in a place where Internet (Kwangmyong) is provided by the regime, the change must take place from outside. 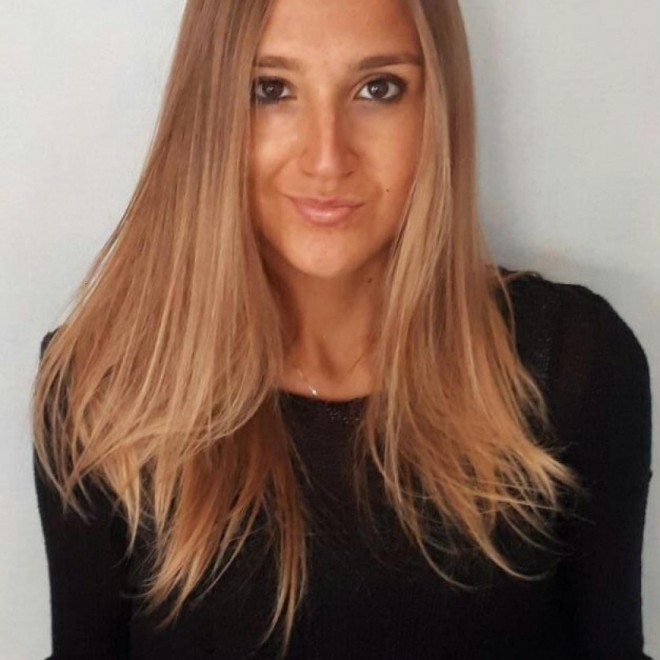 Master in Economics and Management at UniTo and Business and Sales analyst at FCA.

Abstract   Blockchain seems to be a kind of buzzword after the rapid rise of the stock market price of the cryptocurrency Bitcoin. Many talk…