Ariel is an Israeli judoka, twenty-one years old and currently member of the national team. She recently ended her two years long service period in the army, which is compulsory in Israel for both girls and boys. Last year, during Christmas holidays, Ariel came in Italy and I was very impressed by her ability to explain the Israeli-Palestinian conflict and her feelings about such a complicated issue; so I decided to interview her. It is important to remember that this is not a complete vision of the Israeli-Palestinian conflict, but the point of view of an Israeli young woman.

Can you simply explain which the conflict in your country is?

The conflict in my country is a little bit complicated but I will try to explain as easiest as I can. After World Word II, Jewish people were given a territory but this land was split up in two different parts, one for Arabs and Muslims who already lived there and the other for Jewish people who came from all over the world. As soon as the Declaration of the Establishment of the State of Israel was proclaimed in 1948, the Arabs started a war because they did not want to share a country with another community. In this war, and in the ones that followed it, the Israelis took more and more territories. Arabs still live in the territories that belong to them but they also live in Israeli territories; they cannot always live in peace and get along together. To sum up, the conflict is a fight for a land that belongs to two different communities.

When the Israeli State was born, Jews from all over the world came in this land. What is the origin of your family?

Most of Hebrew people who came in Israel were from Europe and other countries such as Syria, Iran, Iraq, Morocco and Tunisia. One part of my family came from Morocco while the other came from Iraq. They were Jewish people who lived in those countries and left when the situation became very tense and dangerous.

Which are the effects of the war on your daily life?

It effects our lives every day. For example, in the last couple of months (October-December 2015), Arab terrorists came in the streets with knives and tried to hurt and kill people. Therefore, when my mum had to go shopping in a market, she felt very unsafe and she took something in her bag to protect herself like the pepper spray. It affects me also as a judoka: when I go in Europe to take part in competitions, all the athletes of other countries can go around with the uniform of their national team and only the Israeli people have to hide the place they come from. We have to speak quietly; we cannot show we are Jewish because it could be dangerous. This is hard; we have to hide while people from all over the word – even the Muslims themselves and the Palestinian – are proud of their country.

If we weigh up the victims, the Palestinian ones are always more. For example, in the last months the so-called Intifada of the knives ended with 19 Israeli victims and 136 Palestinian ones. What can you say about that?

In all the wars of the Israeli-Palestinian conflict, most of the victims were Palestinian, Arab and Muslim. The reason is that Israel is a very strong country, which knows how to protect its people. I think the big difference between Israel and Palestine is that Israel uses bombs to protect people while the Palestinian side uses people to protect bombs. So, all the time media show that most of the victims are Palestinian, this happens because of Palestinian mistakes and not Israeli attacks. Moreover, when Israel attacks the effects are big because of its strong military power.

We see many pictures of kids and innocent people who are killed by the Israeli army. Why does it happen?

First of all, I would like to say that as all other countries Israel makes mistakes which sometimes cost lives. Thanks to my experience as a military, I can say that the Israeli army is one of the most humanitarian of the world; in addition, the government is concerned about protecting and helping people. For example, the Israeli law says that the person who is injured the most is the one who has to be saved for first even if he is a terrorist or a killer. So, when Israel attacks in Palestine, sometimes kids and innocent people are the victims but, we make sure they are taken to the hospital and they receive the best medical treatment they can get. However, you should know – this is something that the media does not show you- that in Gaza or in the territories where Muslims live, most of the time when innocent people and kids are killed, this happens for Palestinian mistakes. In fact, they hide bombs in kindergartens or in hospitals in risky situations and so, if something explodes, this is not because of the Israeli army. They hide bombs in civilian structures because they know that the Israeli army, which thinks about life first, would not attack this kind of places.

How do you feel being part of the Israeli army? How is the experience of military service going?

Serving the Israeli army is the less I could do for a country that does so much for me. I know most of the countries will not understand that we must serve the army. But I think that doing something for my own country is important because it gives so much to me, it protects me and helps me. I am really proud of being where I am, of representing my country. I also have a tattoo with a symbol of my country, the star of David and I think that I would have done the military service if it had not been compulsory. When you get something, you should give back even if it is the minimum.

We have heard about Daniel Barenboim’s Orchestra where young people from Syria, Jordan, Tunisia, Lebanon, Egypt and Palestine play together with some Israeli ones. Do you think that sport can overcome these differences and win the conflict?

I think that sport is supposed to be something that shares one language, the peace language and that should not involve politics problems even though you are a supporter. When Israeli athletes have a game, a judo fight or something sportive with some of these Islamic countries, most of them do not show up and if they show up they do not shake your hand (shaking opponent’s hand at the end of the fight is a rule in judo competitions). This is insolent in some way because you may not agree with my country but I am a person. We do sport so let us speak the peace language. When they do not show up, I feel it is not fair and when they fight and they do not shake my hand I stand there with my hand for peace but nothing. It feels very painful but what can I do? Not everyone believes in peace. I know for sure that Israeli athletes would never do that.

Why do the Israeli government support settlements in the Palestinian territories?

Ariel, which is the solution to the conflict from your point of view?

I think that Israel do not do enough when it does not promote the Arab side of the country. We let them feel like they are not good enough; we are a little bit racist. I think that to solve this conflict, we should give the Arabs the same stage we have. I think we should give them the territories they deserve but to do that we should help them in order to have a stable government. All Jews should promote this side and help them feel they have something. Because if they felt they have something in their hands, they would be afraid of losing it and right now the Arabs do not have anything in their hands, not an education, not a good life. If Israel promotes them and gives them something to hold, they will be more able to go forward and solve this conflict.

Of course! As much as it sounds ironic, I think Israel is the safest country in the world especially for Israelis and Jews. I love my country, I am used to my country and I do not think I will be able to live elsewhere. 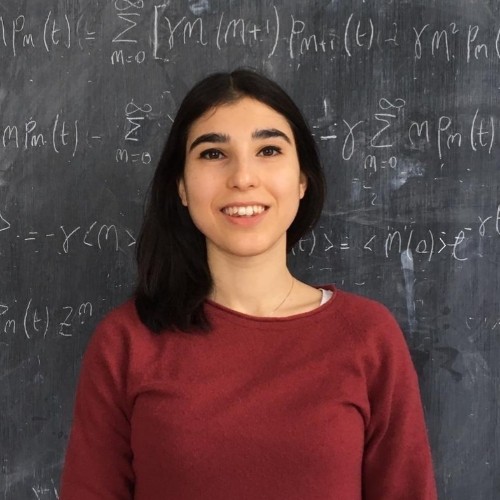