Democracy is nowadays a diffused system of governance. Modern features or otherwise defining elements of the representative system involve all eligible citizens participating in shaping collective decisions in an equal and deliberate manner, encouraging state and society to become one (Hague R. et al. 2016). More than a half of the people in the world today live under a democratic rule or at least under its disguise. “Many countries which term themselves democracies of course fall considerably short of the ideal” (Keman H. 2002, 65). 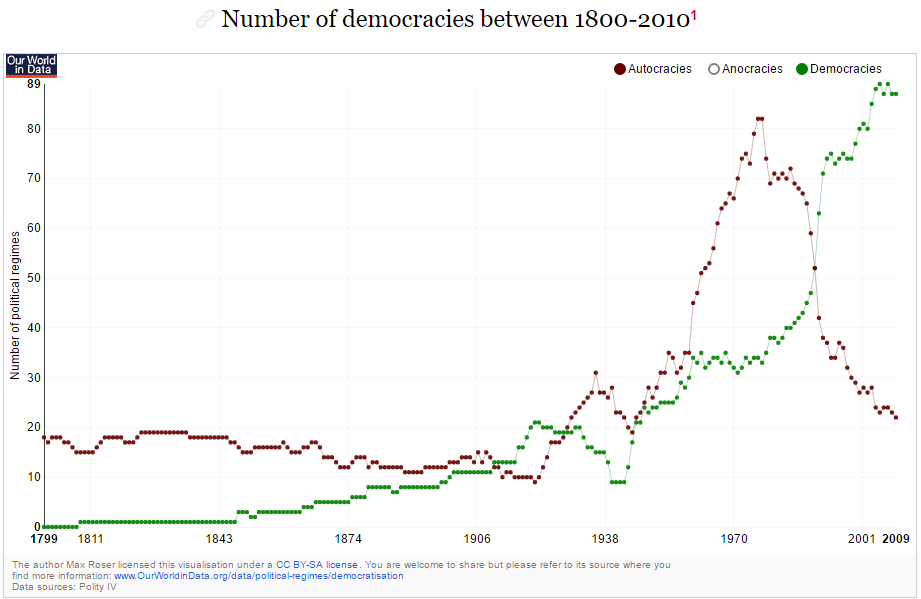 The focus of this article, though, is going to be the challenges of the ideal – of the defining elements of democracy.

In the case of countries such as the USA where majoritarianism and pluralism are said to prevail, there is also a sense that “power is held by a small number of well-positioned, highly influential individuals” (Patterson E. Thomas 2009, 20). This is indeed challenging in a country with a population of approximately 320 million and high levels of multiculturalism. Today, American elections is an expensive affair with approximately $1 Billion being spent during the presidential elections of 2016 according to The Center of Public Integrity. The candidates do not do such funding just by themselves but also through donations by economically powerful elites. which in turn creates a dilemma for the winning candidate – whose interests should they represent at the end of the day. Would it be the people who elected them or people who financed them? Indeed, this represents the drift from the ideal which the greatest proponent of democracy faces.

Fairly recently, problems arising with the existence of the electoral college had surfaced, Hilary Clinton despite getting higher votes in the Presidential elections of 2016 than Donald Trump lost as the vote from the electoral college decided the final outcome. A challenge is in the fact that defining element of democracy is undermined, people did not choose their leader, this case highlighted that.

Meanwhile, other countries are even worse. More challenges arise from countries that are constitutionally democratic but have a very low score given by the Freedom House. One of the most striking example is Kazakhstan, where a clear unfairness in politics, along the lines of authoritarianism, is evident. “In 2005, Nursultan Äbişulı Nazarbayev[1], won a third six-year presidential term with a fantastic 91% of the vote” (Tilly, 2007, 3). The truth behind the win was not only through backing by the political elite, but due to the regime conducting sham elections. Unfortunately, Kazakhstan is not the only example of such regime: as stated by the Freedom House (2016), which looks at many factors before giving “the scores” for democracy, 36% of the countries are not democratic and 24% are partially democratic. Problems with representation and unfairness in elections are far from being the only causes for this high percentage, but still they are significant contributors. Therefore, lack of electoral power is indeed one of many challenges that democracy faces in modern times.

Empirical evidence also suggests that representative democracy often leads to decisions that reflect middle class’ interests rather than lower class’ ones: this is often attributed to the fact that there is greater middle class political participation than lower class participation (possibly due to better educational background [Irvin, 2006]). Additionally, politicians build expectations during their campaigns, but on the other hand people are also at fault for ending up choosing the candidates that promise the most short-term effective solutions. Evidently people want changes, but promises do not always get fulfilled. Complexity of legislation end up being a barrier that eventually lead to mistrust and the lower voter turnout in following elections. Hence, informing electorate and minimizing social differences to encourage political participation is not an easy task. A golden line between expectation building and promising a change must be found. A problem is that an additional challenge also arises with the rise in use of social media today, people tend to prefer voicing their political opinion through such platforms rather than participating in important decision-making process.

In a nutshell, democracy nowadays is facing many challenges and obstacles: first of all, the trade-off between how people are represented and whoa actually represents them in return is not always positive, but also unfairness distribution of power, uneven representation of the electorate, opaqueness and unavailability of reliable information sources are important to be noticed. So, even if the degree of these problems varies from country to country, democracy’s problems are worldwide big and common.