This is a solo-authored article. “Does it matter?”, you might think. For #Neos readers, I hope not. But, if I wished to write an academic paper out of it, as a woman I would better not having co-authors. An interesting paper by Heather Sarsons (2017) shows how women, for equal quality of their papers, benefit less when they coauthor with men than when they solo-author. She demonstrates that joint research is detrimental for female promotion decisions in Economics. She argues that the fact that authors are ordered alphabetically on papers makes it difficult to discern an individual’s contributions in a co-authored paper and leaves room for gender discrimination.

This is only one of the many declinations of gender bias in Economics. Research demonstrates that women not only are underrepresented in Economics academia, but they are also held to higher standards for their works, get paid less for publications, and receive lower salaries than men for the same hours worked. Being born woman rather than man translates in six additional months to go through the review process for a paper submitted to Econometrica, as found by Hengel (2017). Economists like to refer to a representative agent when they want to describe the economy most simple way. But there is no typical decision-maker in Economics. If so, he is likely to be a man.

Where are women in academia?

It may not come as a surprise that academic economists tend to be overwhelmingly male. Yet, the numbers are astonishing. As of 2018, about 20% of EU top-5 universities’ senior economists were women. When looking at US universities, the share drops to 15%. At the top of the academic ranking, Harvard faculty today features 43 full professors. Only 6 of them are women.

Remarkably, the gender gap is increasing in the seniority of positions. Focusing on the academic career hierarchy in the US, the ratio of men to women among PhD graduates in 20 economics departments was 1:3 in 2018, but it decreased to 1:5 for assistant and associate professors and less than 1:7 for full professors (Lundberg and Stearns, 2019). The EU does not score better. Bruegel think-tank reckons that the ratio among PhD students is 1:3 for EU top-20 economics faculties, but it plunges to 1:8 at the professor level. That’s to say, female full professors, represent only 12.87% of full professors on average (Bruegel, 2018). The trend has not improved over time (See Figure 1). The negative impact of COVID-19 on research time for women with children, mirrored by a disproportionate increase in time spent on childcare and housework, will eventually exacerbate the gap. 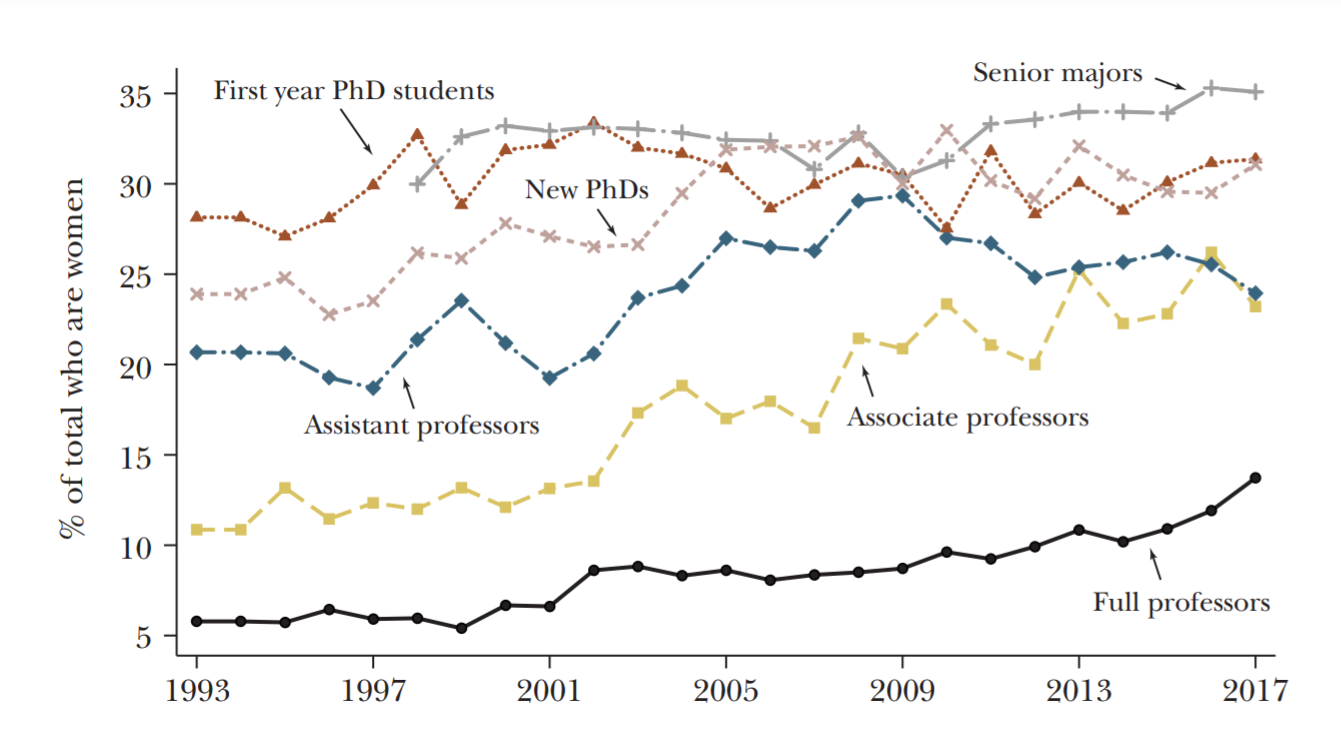 Figure 1: Representation of Women share by Rank in Top-20 US Economics Departments

Even worse than Math

One would be tempted to think that the trend is common to all STEM disciplines and minimize the issue to different research aptitudes that women might have. Yet, this is not the full story. Data tell that the gender gap is larger in Economics than in many other disciplines. What is striking about Economics compared to other disciplines is the so-called ‘leaky pipeline’. The expression refers to the large gap between the percentage of women pursuing a PhD and those who eventually become full professors, suggesting that the attrition of women is higher over the different stages of the academic career. In 2017, only 13.9% of full professors in the US were women, albeit about 35% of PhDs in Economics have been granted to women in the last decades (CSWEP 2017). Figure 2 shows respectively the share of female assistant professors and full professors in several fields. Between 2002 and 2012, the share of assistant professors in Economics was well below disciplines such as Biology, Psychology, or Sociology. However, when looking at the share of full professors, this decreased more than proportionally only for Economics, reaching the level of Mathematics and Engineering. 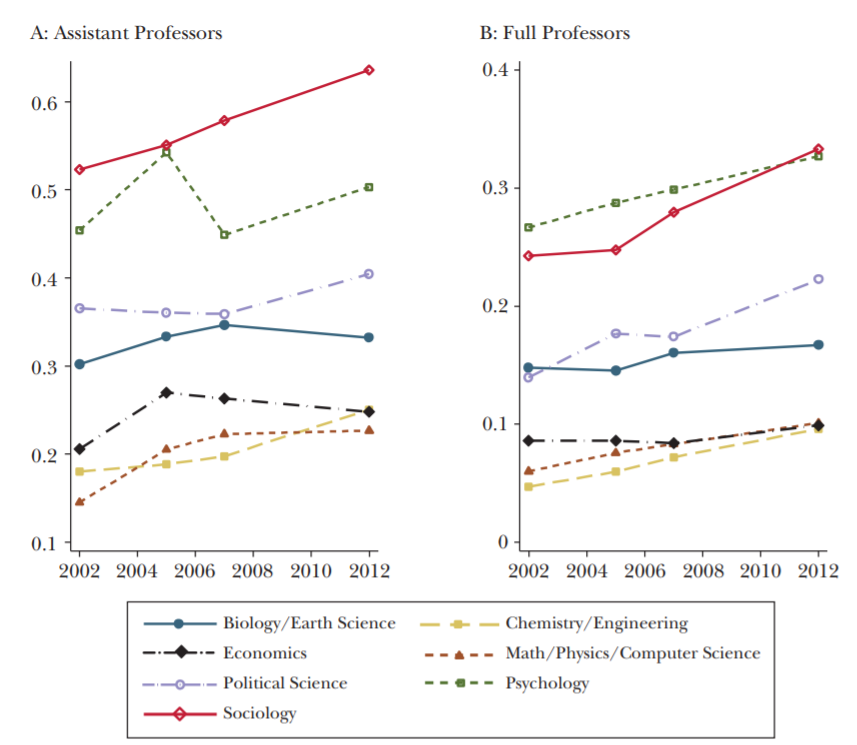 Figure 2: Representation of Women in Top-50 US Departments

What does explain the unique mortality that women face in Economics?

The standard reasoning about gender bias in evaluation, hiring, and promotion decisions certainly applies. Compared to their male peers, women were found, for example, to be 10 percentage points less likely to receive tenure (Jihui et al., 2016). In a system entirely based on tenure as a metric for excellence (at least in North America), female economists are naturally less likely to survive. At the same time at which the tenure is ticking, the biological clock would call women towards family responsibilities that often rest entirely upon their shoulders. This might be different in other disciplines, in which the system is less tenure-based. Another reason is that male and female economists appear to have different interests. Women have been shown to prefer and specialize in fields such as labor, education, health rather than macro, econometrics, and finance. Accordingly, participation at meetings such as the American Economic Association’s annual meetings, which are non-representative of all fields, would also be male-dominated. Finally, the hostile (and often aggressive) approach in Economics seminars is not helping.

Some research-based recommendations from Geneva

The “Rare Voices in Economics Conference” organized by Women in Econ Leman, which took place last the 13th-14thof September between the Graduate Institute and the University of Geneva, tackled these and other important questions. Through research and fact-based interventions, and a high-quality public roundtable, the conferencesucceeded in delineating clear pathways for Economics departments to become more inclusive towards women and other under-represented groups. The keynotes speeches by Prof. Emmanuelle Auriol (Toulouse School of Economics) and Prof. Estefania Santacreu-Vasut (ESSEC Business School) delineated effective strategies towards gender promotion, outlining “what works” and “what does not work”. Surprisingly, including more women in university committees to seek diversity does not work. In Economics, where females are scarce, women would be burdened with excess service duties, which would further hamper their productivity and result in undesired outcomes, most notably less time to dedicate to research. Also unexpectedly, gender-neutral tenure clock stopping policies that allow couples to share the time off to take after childbirth or adoption have adverse effects. Rather than providing men with more time for helping women in childcare, these policies were revealed to equip them with extra time for research, eventually resulting in higher male tenure rates. What instead does work is mentoring, publishing official etiquettes in seminars to avoid aggressive behaviors, as well as advertise and share data to raise awareness. The conference contributed to that, but also revealed that there is still a lot to do. Out of about 30 participants, only 5 were men.